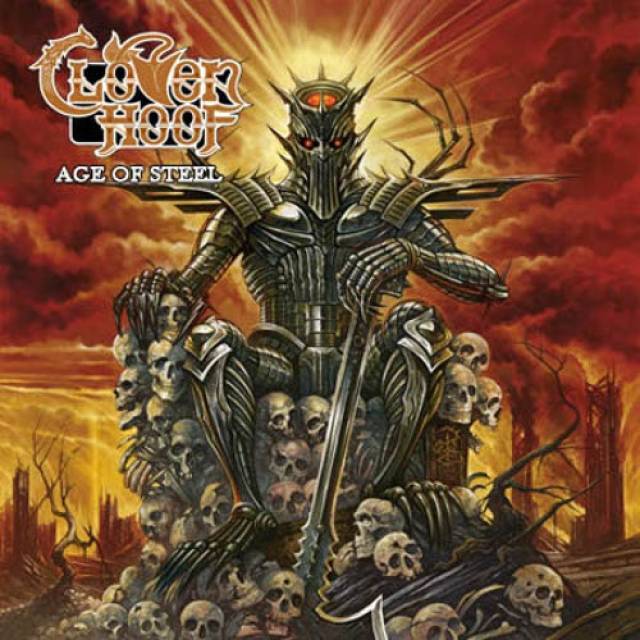 Cloven Hoof were originally formed in the West Midlands in 1979. Following their legendary debut EP »The Opening Ritual« in 1982, Lee Payne and his boys went on to record six highly regarded full-length studio records and making a name for themselves as one of the most original sounding protagonists of the entire New Wave Of British Heavy Metal movement.
The name of Cloven Hoof’s brand new studio album is »Age Of Steel«. And what a fitting title it is! Bassist and main man Lee Payne takes over the story: “I personally feel it is our best ever release, it really is a tour de force with every song a total killer! The album features the return of the ‘Dominator’ character, who has been genetically brought back to life to wield death and destruction across the galaxy. His empire is restored to its former glory and the story will conclude on the album after this, so watch this space! The concept album is back!”
“I always want to top the last album and I have to dig deep to achieve that,” continues Lee Payne with a smile on his face. “I strive for perfection and I have a very clear vision of what »Age Of Steel« should be like. »Who Mourns For The Morning Star?« was without doubt a great album. The new one just takes it one stage further with more layering and texture next to blistering heavy guitars. It will encompass everything we do well but with greater depth and colour. There are some really evil sounding tracks on there, and get ready for a really adventurous musical piece that takes up a whole side of the album.” 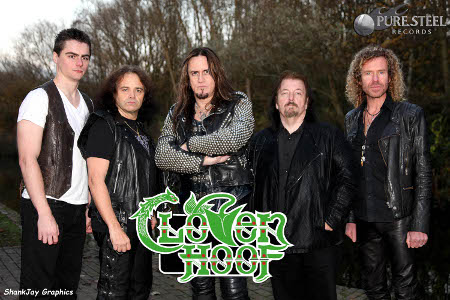 More in this category: « NIGHT SHYYNE »