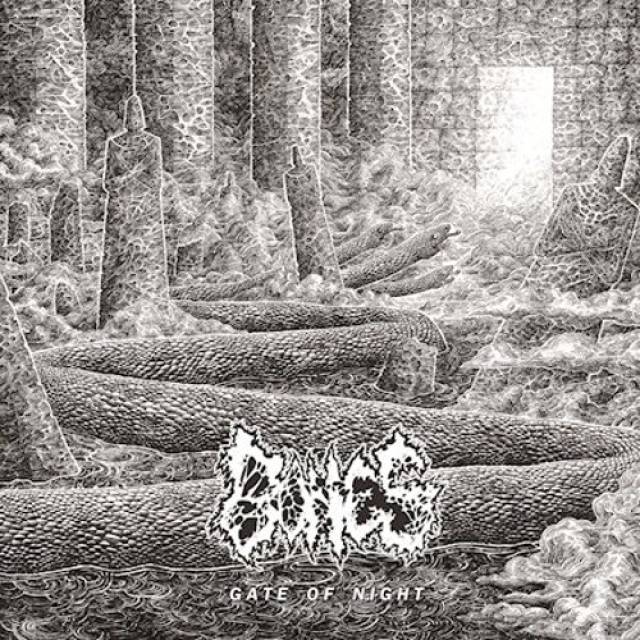 BLOOD HARVEST RECORDS is proud to present a brand-new EP from Belgium's BONES, Gate of Night, on 12" vinyl format.
Patience of craft is paramount to BONES: although this Belgian quartet's discography is spare over the past decade, they more than deliver the DEATH FUCKING METAL goods with each short 'n' swift release. Indeed, their vicious death metal is performed with authenticity and devotion, infused with the sorceries of the ancients, and each of their four recordings to date (patiently) push a path toward the abyss.
In 2012, a primitive demo was recorded, released, and reissued several times. This was followed by the more refined Awaiting Rebirth EP released by BLOOD HARVEST in 2014. Now, with the release of their newest EP, Gate of Night, BONES have honed their dark 'n' devastating craft further. Just as short 'n' swift as its predecessor, the two malevolent tracks comprising Gate of Night summon archaic visions of spiritual and material violence. No filler, just destruction, putrefaction, and dedication to death metal impurity forever: BONES are eternal, and eternally damned! 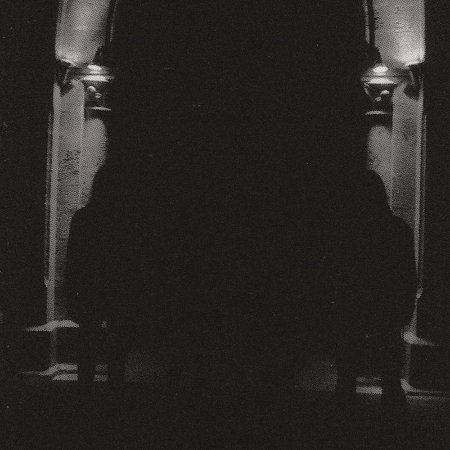