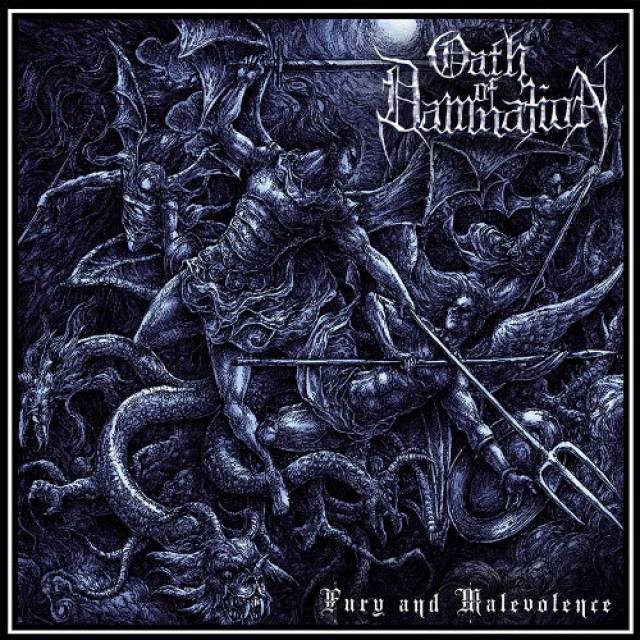 New album "Fury And Malevolence" out on March 13th!

On the endless plain of twilight, in the shadows of vast mountains who were old before our world was young, a single horn sounds, cleaving the perfect silence with the sound of a thousand hearts breaking as one. The seven gates open as the mournful echoes fade away and creation trembles as the numberless host marches forth from their world of pain. Encased in steel and unflinching resolve the rebels supreme stride out into the darkness; united in purpose, fearless, imperious and ready for war...
With their second album, Fury And Malevolence, Australia’s masters of death and darkness, Oath Of Damnation have summoned up sights unseen by mortal eye; the grandeur, the splendour, the magnificence of eternal war. Immortal horrors glimpsed only in the distant vistas of the cruellest nightmares are brought into bloody existence by the sweeping guitars that scythe through the implacable power of tracks like ‘I Curse Thee, O Lord!’ Drums like infernal machinery thunder beneath riffs that writhe and scream in the throes of profane creation, as death and black metal entwine. ‘Imhullu’ is more than the opening track of this album; it is the revealing of a pathway, a spell to carry you into a world beyond the world, a world of titanic struggle and gargantuan bloodshed.
Six years on from their debut album, The Descent, Oath Of Damnation have returned with an album that defines the essence of that dark hinterland which lies between death and black metal. Performed with remarkable skill and dexterity and painstakingly crafted, these seven songs, these seven gateways will seize your soul in a grip of iron. Having forged an unholy alliance with Gore House Productions Oath Of Damnation are now ready to march forth and conquer. Feel the Fury And Malevolence and kneel before the gods of war! 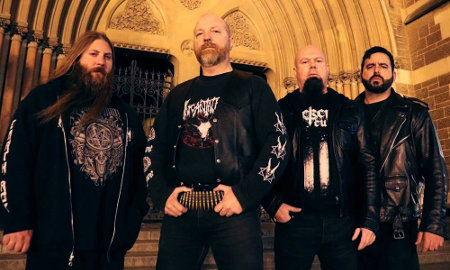