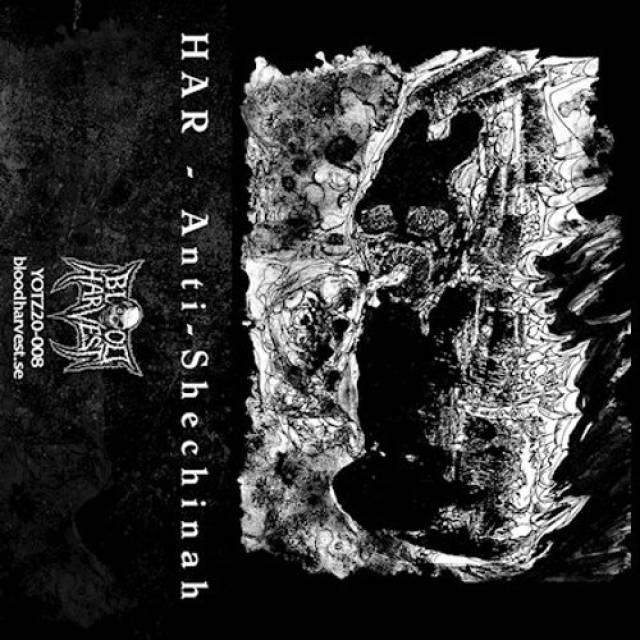 BLOOD HARVEST RECORDS is proud to present HAR's Anti-Schechinah EP on cassette tape format.
HAR hail from Tel Aviv, Israel. They started out in 2014 as an outlet for intuitive black metal, a period which is summed up in the debut EP Ba'al Haov. Afterward came the addition of a second guitarist, which provided ground for a constant exploration of the black and death spectrum. Visitation, HAR's next EP, was released by BLOOD HARVEST during the spring of 2018 and introduced the band to an international audience.
Continuing that momentum, HAR recorded the Anti-Schechinah EP during August 2019, live and raw in the heat, as a herald of their forthcoming debut album for BLOOD HARVEST. It was initially self-released in limited quantities, but in anticipation of that ominous debut full-length, BLOOD HARVEST is now unleashing a worldwide edition of Anti-Schechinah on cassette. Amidst this raw foulness, here do HAR restlessly roil within a miasmic murk, once again immersing themselves in the visceral stench of black flames raised to its opposite higher plane, celebrating anachronism draped in the mythos of glory.
A veritable shroud of shadowy, sulfurous decibels, here rendered in their most violent and unadorned form, HAR's Anti-Schechinah is indeed a harbinger of doom, a cruelly compact distillation of spiritual self-combustion channeled through the resounding cavern of eternal black/death. 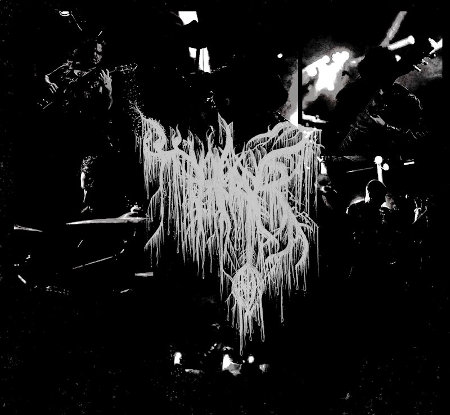 More in this category: « WOLFHEART HYPERION »