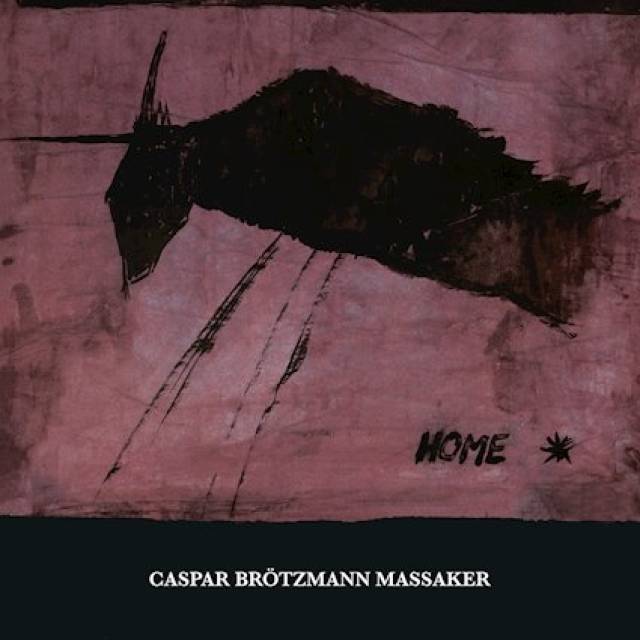 Southern Lord are to release Home, the final Caspar Brotzmann Massaker album in the current reissue series, this April. The indelible trio continue to perform live, and Caspar Brotzmann, arguably one of the most unique and innovative guitarists of the last 40 years, is exploring new solo material and will release his first solo album this year 2020.
Originally recorded in 1994 and released in 1995, Home is characterised by Massaker’s ultra-refined riffs of shrieking, screeching feedback and rattling machine gun staccatos. Exuding confidence, authority and a natural rapport that the musicians clearly had with one another. Certain songs from earlier records were revisited on Home including “The Tribe” and “Massaker” from The Tribe, and “Templehof”, “Hunter Song” and “Bohmen” from Black Axis. These particular pieces had evolved following years of rethinking, rehearsing and reshaping them on stage, as well as playing with Danny Lommen, who had replaced Frank Neumeier on drums after Black Axis. These refined versions on Home raise the level of density and tension, the ominous evocations of impending doom, booming threat, and the grim determination that’s always driven Massaker.
The 1994 recording of Home at the Steinschlag Studio (of FM Einheit) features the following musicians, Caspar Brotzmann (guitar), Danny Lommen (drums) and Eduardo Delgado Lopez (bass), and shall be released on CD, 2xLp and digital formats through Southern Lord on 17th April.
Recording for Home took place at Steinschlag, the studio of FM Einheit, famed metal-percussionist for German avant-noisniks Einsturzende Neubauten, with Bruno Gephard on production (also at the helm for Koksofen).
Caspar’s connection to FM Einheit traces back to the late Eighties in Berlin, as together they had released the album Merry Christmas in 1994, and subsequently toured in the US.
FM Einheit‘s equipment was set up in a disused swimming pool of a detached house in Mauren (a small town in the southern hills of Germany), while the band played in the roof of the building. An intriguing setting for the album.
Home was originally released on New York-based label Thirsty Ear, which at the time was specialising in releasing renowned records by noise, avant-rock-industrialists like Swans, Jim Foetus and Einsturzende Neubauten. The album was followed by further line-up changes, and what became Massaker’s largest US tour supporting Helmet (with the improvised line up).
The trio went on to release and tour the final album, Mute Massaker (Rough Trade Records, 1998), after which, the artistic story of Massaker was over and Caspar disbanded the trio. 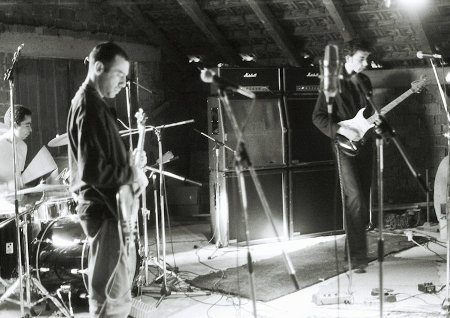