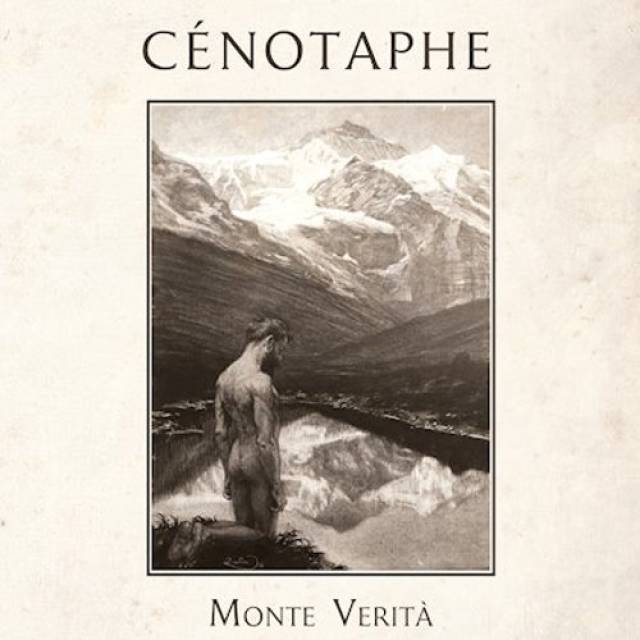 In a remarkably short period of time, France’s Cénotaphe have risen from obscurity to become one of the most distinctive voices in black metal. Traced from the band’s auspicious inception, the grand arc of Cénotaphe’s ascent is mapped out in the constellation of releases in its catalog—from the promising spark of 2016’s La larve exulte demo through the explosive burst of last year’s Empyrée MLP, to this, the band’s debut full-length, Monte Verità, a brilliant supernova of melodic entanglements, erudite lyrics, and transcendent composition.
Though loosely inspired by a specific mountain in Ascona, Switzerland that, beginning in the early 19th century, attracted a stream of outcasts, artists, and intellectuals in search of solitude and respite from the chaotic world below, the concept behind this album is more allegorical and metaphysical. The lyrics, written in French and delivered in anguished bellows by vocalist Khaosgott, are contemplative and poetic, rich in imagery and allusion.   Progressing in stages, each track on the album recounts an individual’s journey, spurred by necessity and guided by instinct, toward detached seclusion from the world of men—observing from a vantage point high above, where the lives of others condense into an indistinct hum vibrating in the valley below. The epiphany may be short-lived, for even after reaching the summit, the lure of society—its traps and its vices, the vulgar pursuits and banal routines of existence—are a constant source of temptation, drawing the individual away from that elusive, enlightened truth. In the title track, Khaosgott depicts the culmination of the journey:

The ascent ends,
And with it have faded,
One by one,
Paradoxes, components of a body hastily doomed to decay
And now complete,
Now completed
I could get lost in the permanence of the mirage
Staked with obsessions, like so many obstacles,
Like so many dry sources
Through their cracked ground, I can hear the rattle of twilight

Complementing the conceptual rigor of the album is the astounding musical performance by multi-instrumentalist Fog. The complex riffs, cross-hatched and stippled with melodies stoic and forlorn, detail the emotional and intellectual depth of the subject matter. The arrangements of guitars are tightly tethered to the rhythmic guidance provided by the percussion, and keyboard flourishes, skillfully positioned to subtly augment the tracks, accent the album and provide greater depth.
Monte Verità is an inarguably thorough work. With this album, Cénotaphe have achieved a composite whole greater than the sum of its parts, a masterful and brilliant album that exceeds the high expectations generated by the band’s previous releases. 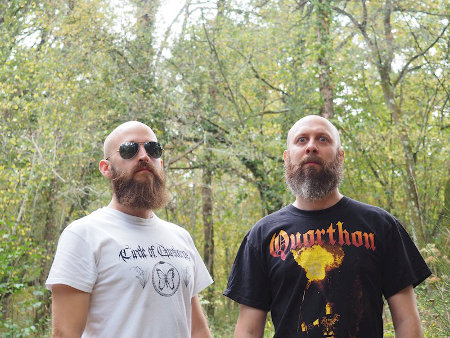