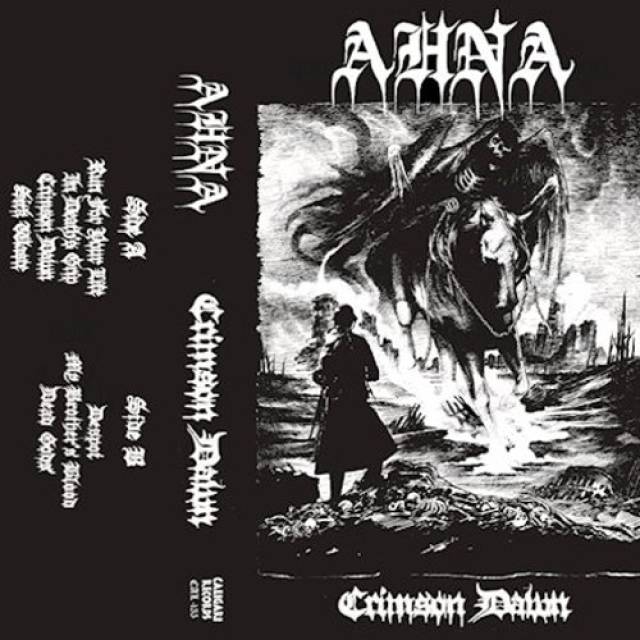 Caligari Records is proud to present AHNA's long-awaited second album, Crimson Dawn, on cassette tape format.
A veritable institution in the ever-thriving Canadian crust community, AHNA have been in existence since 2008 and have unleashed a slew of savage short-length recordings - to date, 15 total - as well as their self-titled debut album in 2010. Alas, it's been five years since even an EP recording, but AHNA return with renewed vigor with their most undeniably crushing work yet: Crimson Dawn. Now expanded to a quartet, the band's sound has become even more world-eating; from drawing out Bolt Thrower's latent Sacrilege UK influence to the hammering throb of mid '80s Discharge, from bestial burl to wild crossover thrash and even strange-yet-subtle hints of gothy post-punk, AHNA cover many bases here, but do so with enviably effortless aplomb. Simply, this searing intensity and seamless sound-design comes natural to them, and there's just as simply no need to place genre tags on it: again, simply put, Crimson Dawn CRUSHES. Which should be no surprise considering members concurrently do time in Grave Infestation, Ceremonial Bloodbath, and Encoffinate.
Herald AHNA's grand return and witness the ensuing bloodshed across Crimson Dawn! 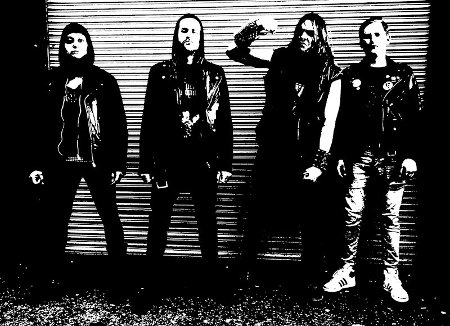 More in this category: « TAAKE / WHOREDOM RIFE BENEVOLENT LIKE QUIETUS »