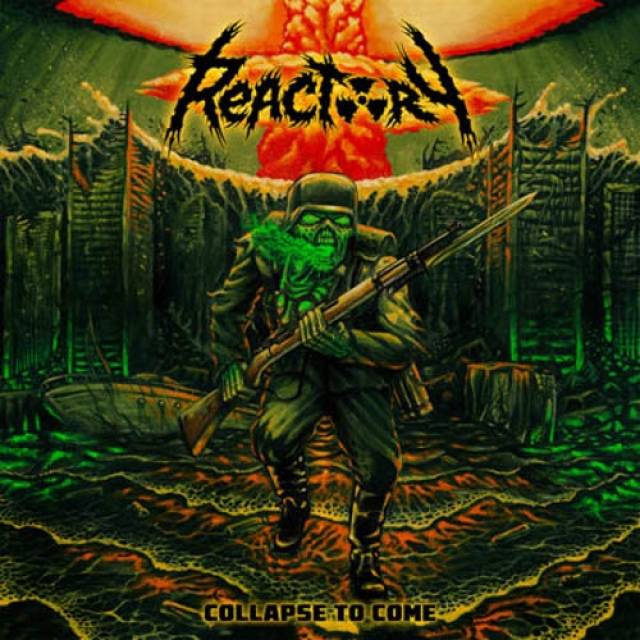 New album "Collapse To Come: out on March 27th!

Influenced by American and European Thrash bands of the 80s, performed fast and aggressive, Reactory could be one of many bands of the „New Wave Of Thrash“. With one difference: Reactory is Thrash metal! Reactory breathe and booze Thrash and it seeps from every one of their pores!
Reactory was formed 2010 in a dark and squatted vault of a Berlin courtyard. For only one purpose, to finally celebrate Thrash Metal, raw and unadulterated. To this time all band members have played in many different bands playing different genres from Surf over Rock/n/Roll or Doom Metal to Hardcore Punk or Power Violence.
The band recorded a demo the same year and played the first shows in the DIY underground. The first EP „ Killed by Thrash“ was released in January 2013 by the Irish label „Slaney Records“. After a change at the drum position in July 2013 the band moved into the rooms of Gernhart Studio (Troisdorf near Cologne) to record their first album „High on Radiation“ which was highly appreciated in the Thrash Metal underground scene. It was released by Iron Shield Records (Berlin) in February 2014. The second album „Heavy“, which was a bit more tricky or even experimental was released 2016 by FDA Records.
Playing live was always a integral part of Reactory and until now they played (nowadays supported by MAD-Tourbooking) more than 200 shows throughout Europe, but also toured Brazil. The band supported DRI on their last two european tours on the german shows and recently toured with Exumer for 14 shows.
The new record „Collapse to Come“ (recored again at Gerhart Studio, but this time mastered by Audiosiege from Portland/USA) is the new milestone in the history of Reactory. Coming back to their roots playing fast, furious and unstoppable Thrash Metal. Also the band decided to return to Iron Shield Records. 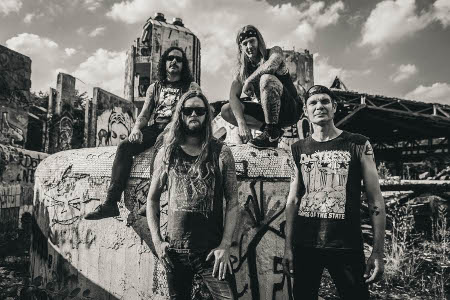