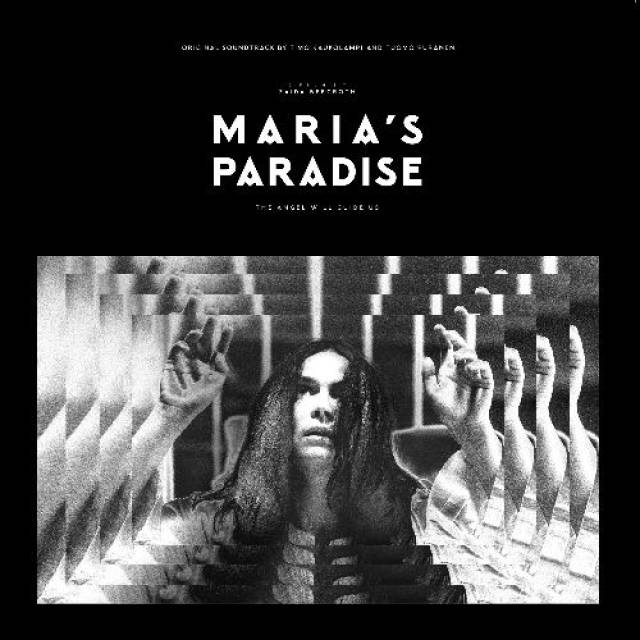 Timo Kaukolampi and Tuomo Puranen of K-X-P join forces to score new religious cult biopic Maria's Paradise, contrasting a 20's period setting with modern electronic sounds
Timo Kaukolampi and Tuomo Puranen are visionary musicians and composers, who have had a hand in many a project over the years, such as the cult group K-X-P and their predecessor Op:l Bastards. Their soundtrack to the film Euthanizer, which was Finland’s candidate for best foreign-language Oscar in 2018, won the national Jussi prize for best original soundtrack.
In 2019 the duo were commissioned with the task of scoring the film Maria’s Paradise by director Zaida Bergroth. It is a period piece, set in the twenties, that recounts the story of the charismatic cult leader Maria Åkerblom and her followers, who were on a journey together towards the holy land.
“Music played an important role in Åkerblom’s cult. They had a brass orchestra of their own and later also a girl choir. Gustav Björkstrand, who had studied the cult, handed us the cult’s original hymn book. We recreated the hymns in the movie with this book, using the same melodies as the cult did. The songs were given new lyrics that adapted the cult’s style and used many figures of speech from their vocabulary”, comments the film’s script writer Jan Forsström.
The soundtrack also features new renditions of songs originally released on Timo Kaukolampi’s debut solo album from 2017. The material has been edited and remixed to suit the movie. In addition to using existing material a great deal of new music was also created, and these works were joined together with the film’s own ambience and most of all it’s centerpieces, the hymns of the cult, which the actors Pihla Viitala, Tommi Korpela and others would sing on set.
Kaukolampi, Puranen and director Bergroth share the view that the movie’s soundtrack should be its own individual element, actively adding to the experience and giving it additional meaning.
“Our philosophy has been that music does not aim to illustrate things the viewer is expected to feel, but instead the aim is to depict the moods of the characters. This leaves the viewer more room and allows them to find their own interpretation of each situation. Thus the music mostly deals with the main characters’ experiences and moods, ranging from experiencing the numinous to living through fear and ecstasy.”
Often a period piece’s score is set to match the era, but this time the production team and the composers have decided to go against the grain.
“At first it felt somewhat odd to create electronic music to a period film, but on the other had the contrast this created felt good immediately. It added a certain wild, even strange element to Maria’s character. It also shifted the movie’s style towards the modern age and thus broke the “clean epoch”. Electronic music, the aesthetics of drone and its religiously ecstatic adherence to repetition added a curious overtone to the movie in our opinion.”

More in this category: « CURSE UPON A PRAYER KING DUDE »