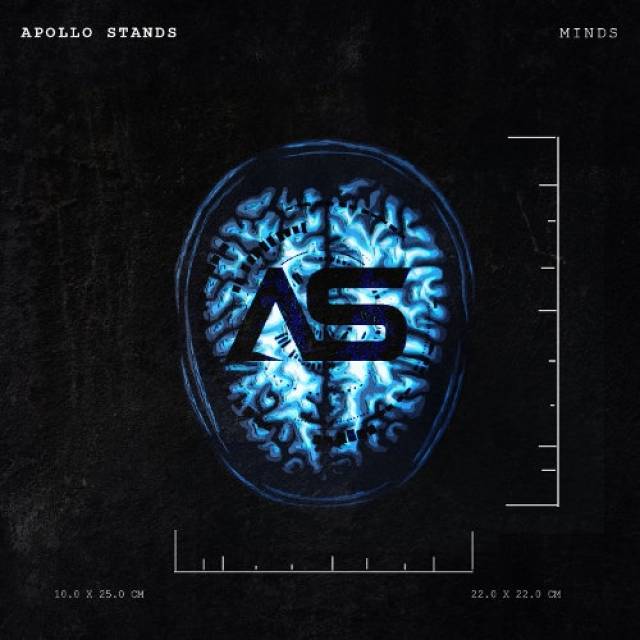 “The mind is its own place and in itself can make a heaven of Hell, a hell of Heaven.” – John Milton
The final frontier lies not out amongst the stars, but behind your eyes, in the infinite universe of the mind. Worlds upon worlds drift in the endless darkness framed by the bone death mask of your skull, populated by dream lovers and nightmare’s monsters. In the numberless chambers every moment of memory lives on for eternity, each flickering fantasy expands down a billion diverging paths of possibility building realities as they progress.  Oceans of sadness, mountains of madness, galaxies of joy and black holes of horror...all within our minds.
A smooth wash of synth textures conjures atmosphere, a teasing electronic jester flits between granite riffs and towering melodies, gleaming flurries of lead guitar cascade over explosive collisions of melancholy and aggression and enticing bass lines bubble up through the crystal clear mix. This is the stunning new EP, from Apollo Stands – this is Minds. Apollo Stands were born from a love of heavy metal, but with an irresistible need to stray from the path. They absorb and consume influences and ideas with a ravenous hunger, blending them with an alchemical prowess. From the imposing grandeur and vast grooves of ‘Titan’ to the myriad moods of epic release highlight ‘Psyparader’, through the energy burst of ‘Supernova’ and sublime, emotive hooks of ‘A Mortal World’, Minds offers more to explore, more to feel, more to imagine than most artists can conceive of. Lead by the remarkable vocal presence of Ry Hase, Apollo Stands will take you on an exhilarating trip through the infinite universe of your mind.
The band formed in 2016 and the following year they released their debut album, Join Us, through Glasstone Records, picking up ‘album of the year’ nominations in the process. The acclaim simply drove them to work harder, dig deeper and dream in more vibrant colours, which has lead to the creation of Minds – a truly remarkable and expansive work. Step beyond your limits and join Apollo Stands as they head for the furthest reaches of the worlds within. 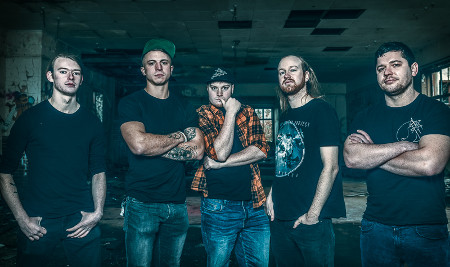 Rate this item
(0 votes)
Tweet
More in this category: « DRITTMASKIN CURSE UPON A PRAYER »