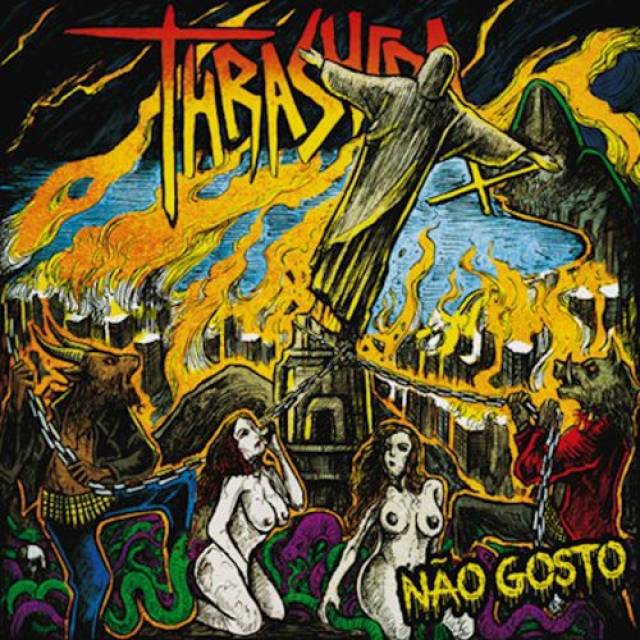 HELLDPROD RECORDS is proud to present THRASHERA's highly anticipated third album, NÃO GOSTO!
With nearly 20 releases under their bulletbelts, THRASHERA are a veritable institution in the Brazilian underground. The band formed in June 2010 by three maniacs deeply into the '80s wave of Satanic metal and primitive rock 'n' roll. As strongly suggested by the title of their 2010 demo Speed Sex'n'Roll as well as For All Drunks 'n' Bitches debut album in 2014, THRASHERA's lyrics unabashedly encompass such themes as devious behavior, sex, alcohol and drug abuse, horror films, war, massacres, nuclear disasters, violence, underground counterculture, punk issues, and the headbanging way of life. It's that lattermost element which has endeared the band to so many across the international underground, and their forthcoming NÃO GOSTO! is gonna launch THRASHERA onto an ever wider stage - which the band will promptly destroy!
But, lest anyone think that THRASHERA are "only" about partying, their explanation of the title NÃO GOSTO! - in English, "DON'T LIKE!" - should provide some more depth about these serious thinkers/drinkers: "The name of the album stands as a denial manifest towards the present political and religious ideologies in Brazil responsible for 'killing' - oppressing - all artistic forms of expression. It's a reinforcement of our lyric approach in the last decade as a band, in a era where the individual liberty for the underground movement and its followers is in serious danger. Expressing NÃO GOSTO! as a mantra, it's probably the only reasonable path! NÃO GOSTO! synthesizes all the refusal towards the hypocrisy that commands the world, guiding our masses into the abyss with a unconscious grin. This is also a shout-out and a wakeup call to all the underground forces to organize, react, and unite themselves in order to avoid the extinction of the most marginalized culture in the planet. Metal always said NO! And always will!"
Indeed, no right 'n' proper metalhead will EVER say "no" to the hard-thrashing onslaught THRASHERA offer here on NÃO GOSTO! Right after the ominous, brewing-storm intro, the album kicks in and into high gear, pounding metal into an irresistible surge like no other. Neither retro nor modern, but rather simply timeless, THRASHERA effortlessly unload one anthem after another, keeping their high-speed metal highly infectious and very highly headbanging. Compared to so much other thrash-oriented metal, the band bring out the original rock 'n' roll edge so crucial to early heavy metal - and then make it evil! Evil invaders singing an executioner's song, THRASHERA's razor-sharp attack just keeps going and going and going...until you're all gone! Raw and dirty, the way it should be: posers leave the hall!
To mark this momentous achievement, THRASHERA have such distinguished guests as Vulcano's Luiz Carlos Louzada and Flageladör's Armando Exekutor on NÃO GOSTO! As the band continues booking live shows, writing new songs, and negotiating new releases with worldwide underground labels, it's time to stand with THRASHERA in their mission to keep heavy metal not as just entertainment, but as pure art forged in the anti-commercial counterculture underground - just say NÃO GOSTO! 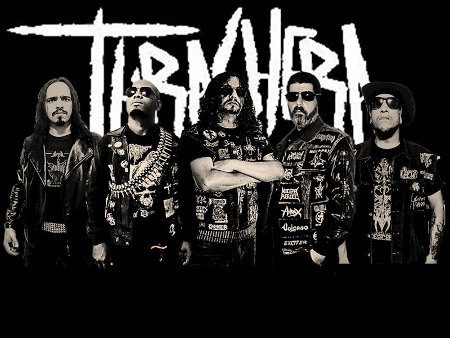