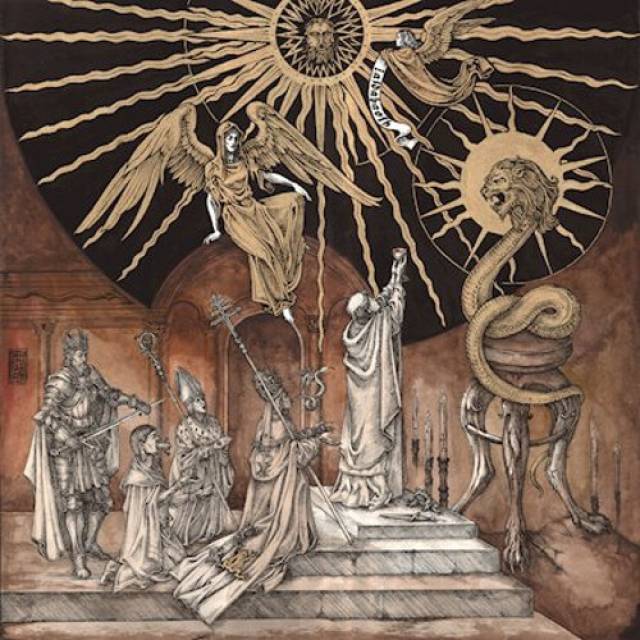 EDGED CIRCLE PRODUCTIONS is proud to present ARCADA's striking debut album, Projections, on CD and vinyl LP formats.
One of the underground's best-kept secrets, ARCADA hail from the cult-metal hotbed of Peru. Forming in 2012, the band have patiently built a small-but-significant canon across three demos and an EP. Each step of the way, ARCADA have further finessed their sulfurous-yet-nuanced craft, each short-length recording providing a pivotal step toward aesthetic perfection.
Now, at last, it seems ARCADA have accomplished that perfection with their long-awaited debut album, Projections. Wasting no time in establishing its mystical muse, Projections pulses forward with slashing 'n' scything intent. Riffs hammer with malice, but also with no small amount of melody, ringing out across the abyss like a clarion call for Hell's hordes to arise. Underneath, moving with subtlety and surety, actual bass guitar plays demonic counterpoint, embellishing each of these five projections with a uniquely melancholic aspect.
And that aspect, in fact, puts ARCADA in general and Projections in particular in a rarefied field. Not for them the chaotic blackthrashing overload of their no-less-considerable countrymen; rather, the quartet shape their occult-infused, epically-minded black metal into something ceremonial, otherworldly, simply OTHER. Not for nothing is the 39-minute Projections comprised of five lengthy tracks: each operates as its own labyrinthine corridor, forming a more grandiose - and more horrifying - landscape when threaded together as entire album-length work. Indeed, Projections is aptly titled...
Bells of doom toll from the Other Side, heralding the arrival of ARCADA's Projections. Bear witness, or banish! 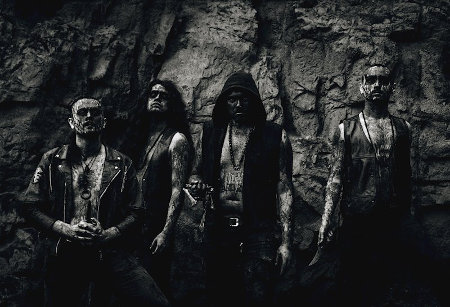 More in this category: « GREAT ELECTRIC QUEST VERNON OF PERSIA »