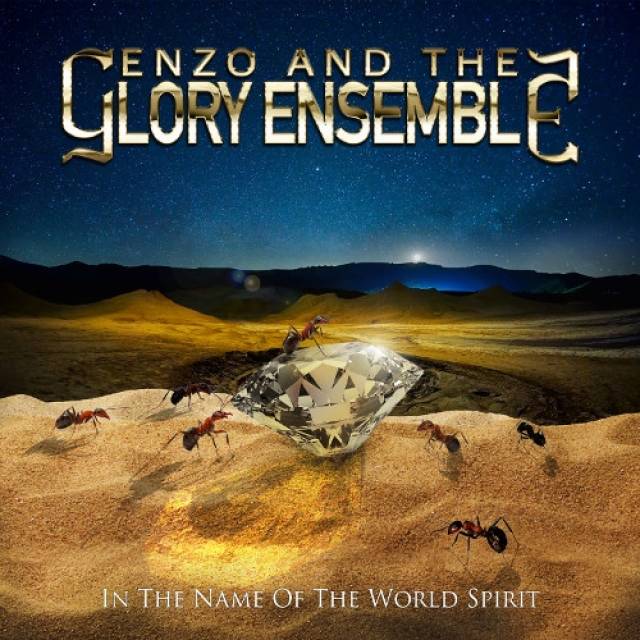 New album out in March!

Following up the previous albums ‘In the Name of the Father’ and ‘In The Name of The Son’, composer Enzo Donnarumma teamed up once again with Gary Wehrkamp (Shadow Gallery) for the production of the new record entitled ‘In The Name Of The World Spirit’.
Enzo and The Glory Ensemble’s stellar line-up includes Enzo Donnarumma, Marty Friedman, Kobi Farhi (Orphaned Land), Ralf Scheepers (Primal Fear), Mark Zonder (Fates Warning, Warlord), Gary Wehrkamp & Brian Ashland (Shadow Gallery), Nicholas Leptos (Warlord, Arrayan Path), Derek Corzine & Amulyn Braught Corzine (Whisper from Heaven) , David Brown (Metatrone), Alessandro Battini (Dark Horizon), Maria Londino and Francesco Romeggini (S91), Mr Jack, Claudia Coticelli and Clara People.
In addition to this out-of-this-world line-up, bass player Philip Bynoe (from Steve Vai’s backing band) joined the Glory Ensemble for the new album.
Lasting over one hour across 13 tracks, ‘In The Name Of The World Spirit’ will be definitely a must-have for all those who are into progressive metal with ethnic influences. This final chapter of the trilogy is a bridge between the western and the eastern cultures, besides a huge step towards a top-notch production. The balance between the instrumental parts and the vocals are now improved, while the ethnic arrangements are driven by the magnificent Weza Meza Choir ensemble from Congo. Once again, thanks to the massive choir section, ‘In The Name Of The World Spirit’ sets a new standard into the so-called “Gospel Metal” scene.