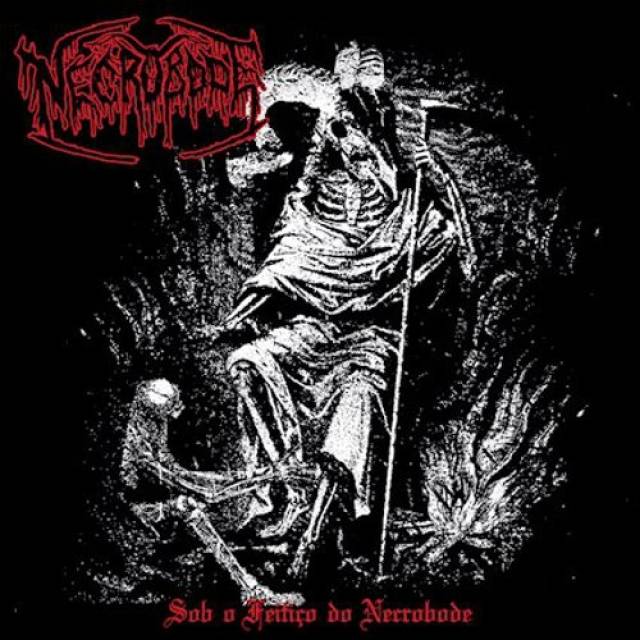 IRON BONEHEAD PRODUCTIONS is proud to present NECROBODE's striking debut album, Sob o Feitiço do Necrobode, on CD and vinyl LP formats.
A diabolical duo hailing from Portugal, NECROBODE made their first public assault with 2018's Metal Negro da Morte, via IRON BONEHEAD. Ever aptly titled, Metal Negro da Morte
geysered forth with a raw 'n' rude display of ancient black/death frequencies, invoking a savage delirium from which the listener was rendered helpless to its hypnotic trance of terror.
Wasting no time and now expanded to a trio, NECROBODE carry forth that antagonistic aesthetic on their debut album, Sob o Feitiço do Necrobode. In many ways, NECROBODE's debut LP simply intensifies their demo's firm 'n' filthy foundation - pulsing bestiality, clanging riffery, FX-drenched vomits from the abyss - and threads these ten tracks into a haunting tapestry of dungeonic catatonia. But, rising from that muck (and often) are very-nearly-melodic phrases that instill just the right amount of catchiness without going overboard into soft sterility. Likewise, with an unstudied minimalistic approach to their blackgrind (read: NOT "avant-garde") do NECROBODE nod as equally to the likes of Bestial Summoning, Naked Whipper, and Blood as they do classic VON, '90s Demoncy, and Drawing Down the Moon-era Beherit. Which is to say nothing of their frequent-yet-subtle usage of synths at various points across Sob o Feitiço do Necrobode, instilling a conspicuous stench of witchcraft...
Enter NECROBODE's summerlands and become joined in darkness Sob o Feitiço do Necrobode! 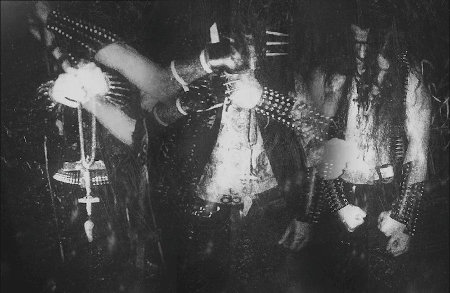