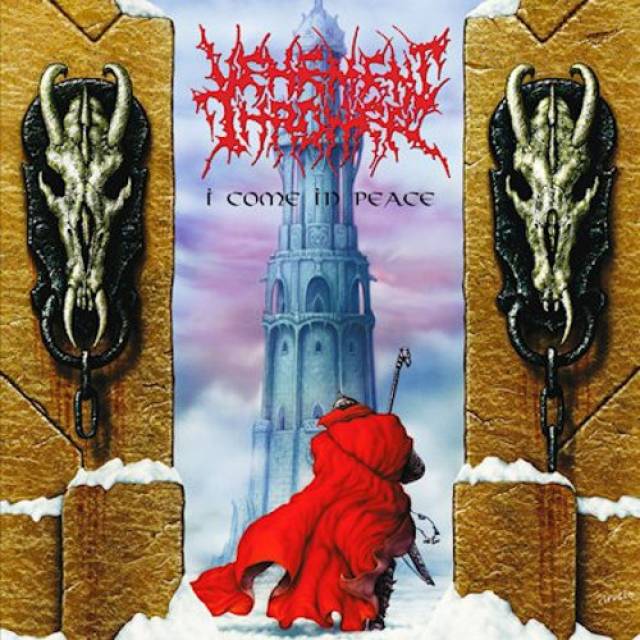 "I Come In Peace" reissued on January 21st!

Excavating the deep recesses of the Polish extreme metal underground, Nuclear War Now! has unearthed Vehement Thrower, a band that released only a single demo and one superb full-length album in its short existence.
In 1987, four teenagers—their ages ranged from 15-19 years old—began playing music in the small city of Żory, located in Górny Śląsk (Upper Silesia), a generally rural region of Poland. Although there were some punk bands in the area, no one else endeavored to create anything more extreme. After a few rehearsals (one of which was recorded but is now lost), they lost momentum. Three of the members reconvened in 1989 under the name Exhaust Death. After recording two demos—Hangover and Morgoth, released in 1989 and 1990, respectively—the band dissolved once more, but following yet another reconstitution of the lineup, changed their name to Vehement Thrower in 1990.
With this new incarnation, the band began writing and performing in earnest. Vehement Thrower surpassed most of their local peers in terms of the extremity and brutality of their sound. The band released a five-song demo entitled Worm in 1991. Recorded during a four-hour studio session at the cheapest studio the band could find, the tape was a raw and unpolished ten-minute blur of grinding death.
As the demo tapes spread, the band began to capture the attention of extreme metal fans both locally and abroad, and Vehement Thrower began working on material for a full-length album. Recorded during a few late-night studio sessions in 1992 and released later that year as a cassette only on Baron Records, I Come in Peace is more complex and elaborate than the demo. The wretched, pulsing violence of the album is sculpted and sharp. The atmosphere of the album is frenzied and manic featuring songs crafted with the sophistication of death metal and delivered with the intensity and passion of hardcore punk and grindcore. Folded into the composition are unconventional riffs and harmonies, giving the album a unique sound that distinguished Vehement Thrower from most of the generic death metal that was prevalent at the time.
Unfortunately, the band was never totally content with the recording and felt let down by the label’s unwillingness to properly finance the production and, later, to promote and distribute the album. The dissatisfaction led to the eventual dissolution of the band, and their recordings fell into obscurity. This reissue marks the first pressing of I Come in Peace since the original tape release, and as a bonus, the CD edition contains the Worm demo in addition to the album tracks. 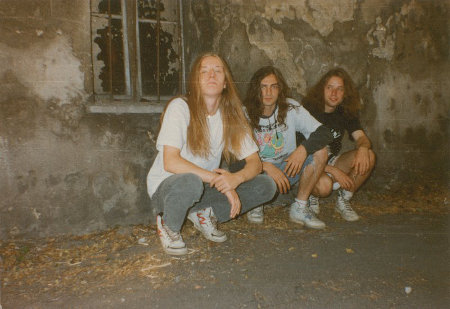