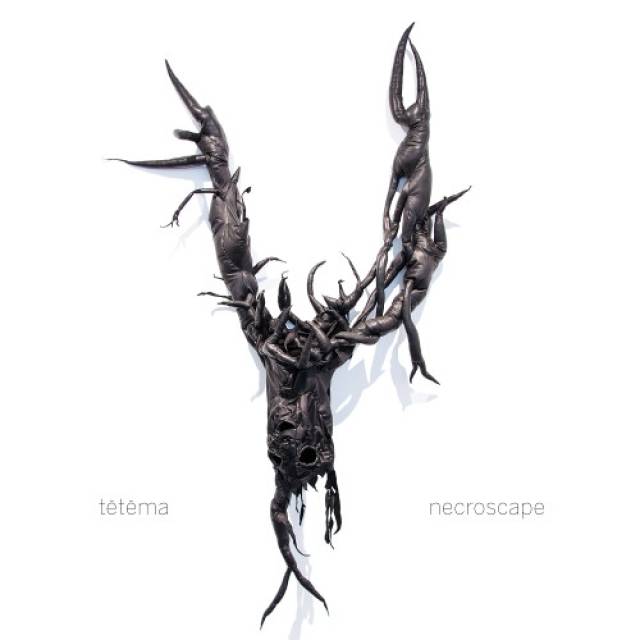 tētēma, the bi-continental outfit featuring Mike Patton (Faith No More, Mr. Bungle) and the Melbourne based, electro-acoustic artist Anthony Pateras, return with their sophomore album, the mind-bending Necroscape (April 3, Ipecac Recordings).
Necroscape is sculpted around isolation in the surveillance age; and although lofty/high-concept sounding, it is still an intensely fun and heavy listen. Necroscape synthesizes a lot of territory: odd-time rock, musique concrète, otherworld grooves, soul, industrial noise, microtonal psychoacoustics… seemingly strange bedfellows on paper, yet they seamlessly coalesce into 13 songs which playfully challenge our notions of sonic logic and make you move at the same time. In a nutshell, listening to Necroscape creates the weird sensation of exclaiming "of course!" and "wtf?" simultaneously.
Pateras and Patton “created an intelligent but ferocious mixture of avant-garde experimentalism, world music accents, and heavy metal velocity” (All Music) within the confines of their 11-track, 2014 debut, Geocidal. NME described the collection as “Roni Size getting spiked with GHB and fed through a woodchipper” while Alternative Press said, “once you are acclimated, it will leave you tingling.” The pair, joined by Will Guthrie (percussion) and Erkka Veltheim (violin), both of whom appear on Necroscape as well, made their live debut, fittingly at the Tasmania Mona music and art festival. The Guardian said of the outing: “tētēma didn’t enrapture with anthems or token festival rock gestures, they enraptured with mood, with surprises, and with evocations rarely felt by audiences…” 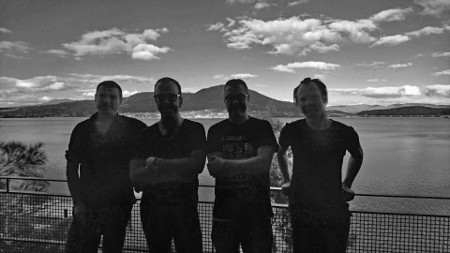 More in this category: « THRONE OF IRON THE WORD ALIVE »