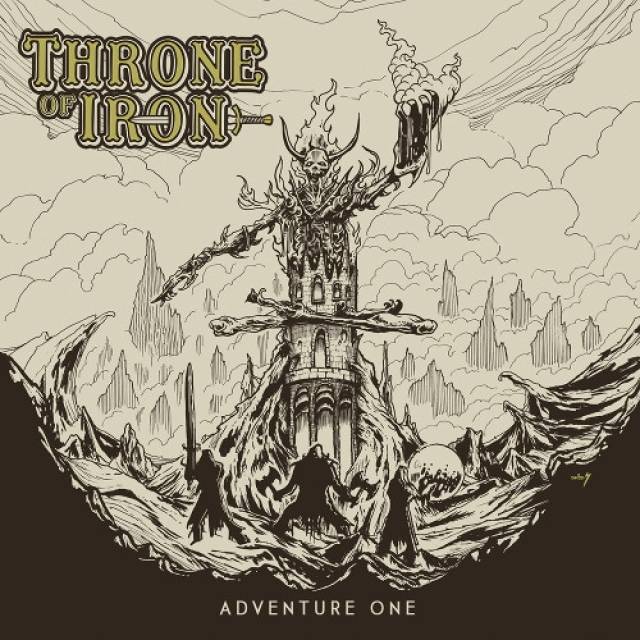 New album "Adventure One" out on February 21st!

No Remorse Records presents the debut album of Bloomington, Indiana based Metallers THRONE OF IRON!
Tucker Thomasson (ex-THORR-AXE) was inspired to form THRONE OF IRON as a solo project, the night after the death of the legendary composer, guitarist, singer, Godfather of Epic Metal, Mark Shelton (Manilla Road). THRONE OF IRON was forged that sweltering night of June 2018, in the wake of an alcohol-fueled love of the sounds of classic heavy metal and tomes of roleplaying past. Just a month later, the 2018 Demo was released with Tucker performing all instruments, and THRONE OF IRON joined No Remorse Records.
Thinking quick, Tucker gathered forces in the form of Corwin Deckard on guitar, his longtime drummer friend from THORR-AXE, Jacob Lett, and the cleric Evan Pruitt on bass. The four immediately descended into the basement to forge their debut full-length.
THRONE OF IRON are already confirmed for the warm-up show of Up The Hammers Festival on March 12, 2020, where they will share the stage with Atlantean Kodex and more.
Highly recommended for fans of Dungeons & Dragons, Eternal Champion, Visigoth and Manilla Road! 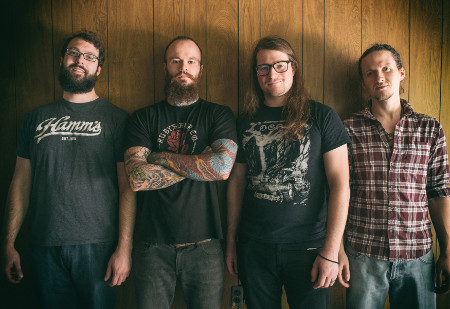 More in this category: « UNREQVITED TĒTĒMA »