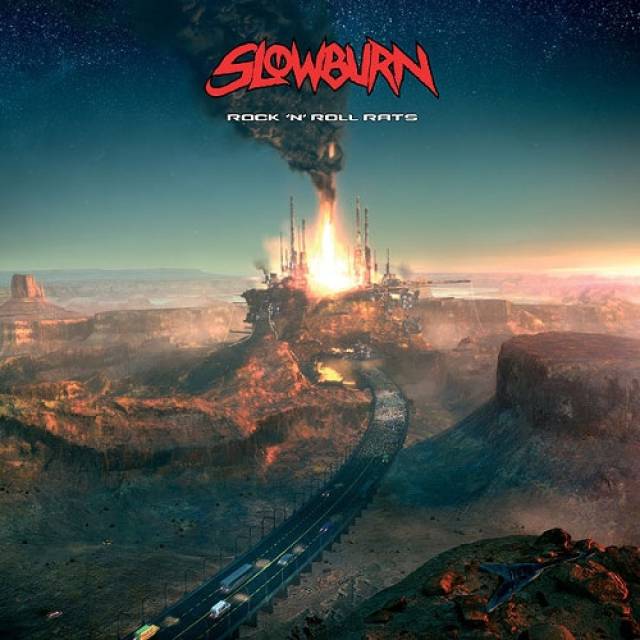 SLOWBURN were formed in Madrid in 2015 by musicians that also play in bands such as RANCOR, ARIETE, MOTOCICLÓN, ROAR and METAL LEGION. After recording a first 2-song demo, the band plays several shows with groups such as CLOVEN HOOF, GRIM REAPER, DARKNESS, RAVENSIRE, WITCHTOWER, LEATHER HEART... at the same time that starts the writing and recording process of their debut album which would lead to its completion in fall of 2019 and its subsequent signing by Fighter Records.
SLOWBURN is a band of experienced musicians which plays a Heavy Metal of multiple influences ranging from 70's Hard Rock to 80's Metal. They have covered bands like Mercyful Fate, Savatage, DIO, Iron Maiden, Ozzy and Black Sabbath and their sound combines intricate guitar riffs, complex guitar solos and melodic vocals with very versatile compositions. 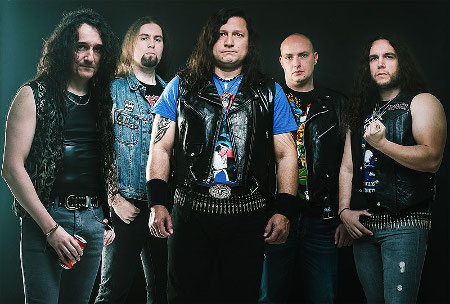 More in this category: « WIND OF THE BLACK MOUNTAINS LURKER OF CHALICE »