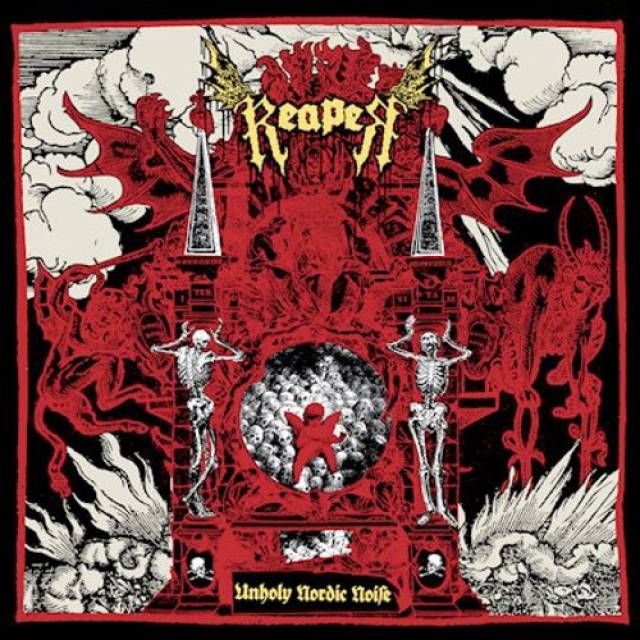 IRON BONEHEAD PRODUCTIONS is proud to present the striking debut album of Sweden's REAPER, Unholy Nordic Noise, on CD and vinyl LP formats.
Like a blast from Bathorian dungeons, REAPER burst forth from muck of time eternal with their debut demo, Ravenous Storm of Piss, in early 2019 via IRON BONEHEAD. Ever aptly titled, this three-song firestorm whipped forth a fury of ancient witching metal, attacking with spell. Now, the return of darkness and evil comes with their fucking-PERFECTLY-titled debut album, Unholy Nordic Noise.
Reprising those same three demo tracks but in re-recorded form, Unholy Nordic Noise is ten-song assault of sulfurous, punkish First-Wave Black Metal Exclusively bookended by seamless intro and outro. In just a mere 29 minutes, the unholy duo of REAPER rip asunder the present and recast the past in crude 'n' rude form. Thick and viscous is their thrust, the latent D-beat discharging possibilities of life's destruction, while the orkish vokills spill gism all over one's sanity and safety. It's a simple attack, but far from simplistic: this kind of delirious devilry requires the nuance and nous of a true aesthete. Thus, Unholy Nordic Noise is everything it promises...and far more!
But find out for yourself as you peer into those dungeons, pondering whether to cross the threshold into REAPER's domain. Unholy Nordic Noise will drive you mad! 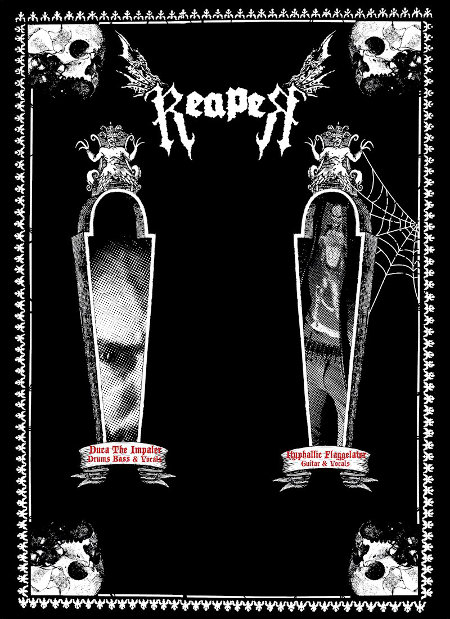 More in this category: « ABHOMINE WIND OF THE BLACK MOUNTAINS »