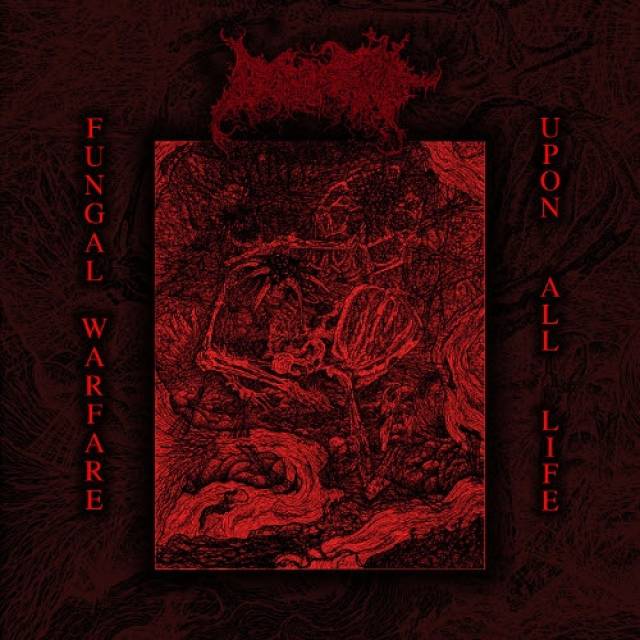 Debut Ep "Fungal Warfare Upon All Life" out on February 28th!

BLOOD HARVEST RECORDS is proud to present BLOOD SPORE's striking debut EP, Fungal Warfare Upon All Life, on CD, 12" vinyl, and cassette tape formats.
BLOOD SPORE are a four-piece extreme metal act that spawned in Philadelphia in the human year 2018. The band came together under the unifying vision of the ancient, immortal, conscious fungal mass that is hellbent on consuming and repurposing all life that roosts upon the Earth.
With almost preternatural ease, BLOOD SPORE combine pummeling death metal with somatic doom, chaotic black metal, and malevolently more to create a highly dynamic, ever-evil sound to stomp on rotted skulls to. In just one year, the band made several vicious offerings upon the stage supporting their initially self-released debut EP Fungal Warfare Upon All Life. So impressed by that EP, BLOOD HARVEST simply had to release it on a worldwide scale.
Now aligning forces with BLOOD HARVEST - seemingly, a match made in Hell - BLOOD SPORE will release their imminent debut album through the label in the coming year. In the meantime, they continue to lure swaths of humans to the fungal altar with an alluring trance soaked in death. Pulling influence from science fiction and mycology, BLOOD SPORE paint horrifying images of the impending assault on the living with poisonous tendrils dripping with infected blood. Fungal Warfare Upon All Life is just the start - beware! 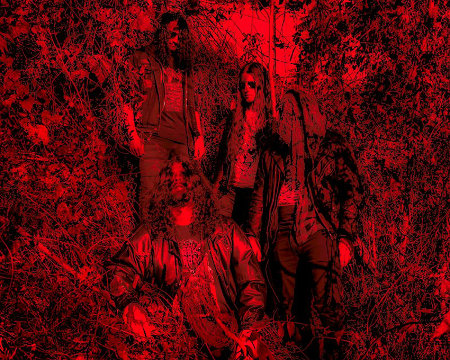