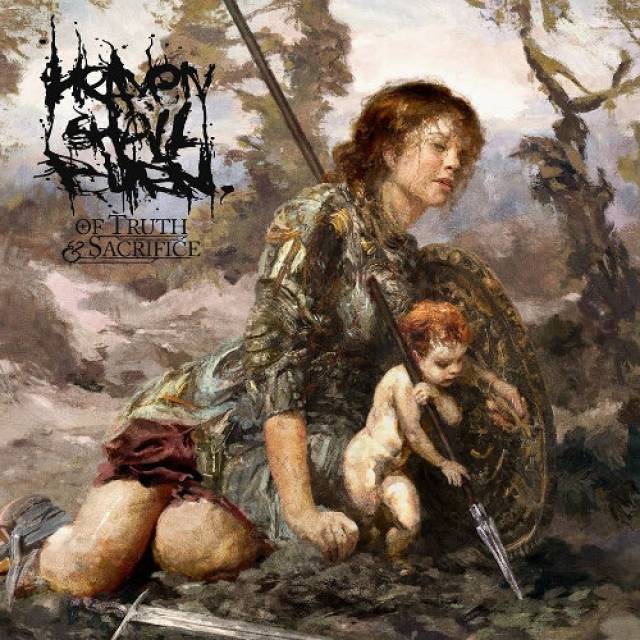 New album, "Of Truth and Sacrifice", out in March!

Instead of getting stuck in the ever grueling cycle of studio recordings, album release and playing live HEAVEN SHALL BURN allowed themselves a well-deserved break. While taking the time off the band the individual members could recharge their batteries and gather new influences and ideas.
Maik Weichert (guitars) says: "We decided that one album wasn't good enough, but we wanted to create a double album as a statement. Our goal was a total work of art that people could dive into, something that leaves a lot of room for surprises and experiments. It was only fair to give our fans twice as much after letting them wait for so long."
Conceptually the album is split into two halves: "of truth" and "of sacrifice".
Maik Weichert: "The title is exploring the idea of truth and the question what kind of sacrifices you are willing to make for it. Something reflected in the artwork: A warrioress is shielding her child with her own body. While the mother is representing the willingness to sacrifice the child is standing for truth." The original artwork courtesy of Eliran Kantor (Testament, Iced Earth, Sodom) is a triptych showing the mother as a child and her son as a grown up. "It's a title that refers to numerous current developments: people's blindness in daily life and the unwillingness to make any sacrifices in order to bring about change. Still, there are many people in this world who do exactly this: teachers in Africa risking their lives in order to be able to educate children, journalists and whistleblowers who are putting their own safety at risk in order to flag things going wrong."
When it comes to the music you can look forward to their trademark HEAVEN SHALL BURN sound, but also to atmospheric strings that the band fleshed out with Sven Helbig and recorded with conductor Wilhelm Keitel in Minsk. On top of roughly 100 minutes of music on the regular album the limited editions come with a 90min documentary, "Mein grünes Herz in dunklen Zeiten" (= "My Green Heart In Dark Times"), by renown producer Ingo Schmoll who followed the band for almost a year in order to get to the bottom of the phenomenon HEAVEN SHALL BURN.
http://www.heavenshallburn.com/
https://www.facebook.com/officialheavenshallburn
https://twitter.com/officialhsb
https://www.instagram.com/heavenshallburnofficial/