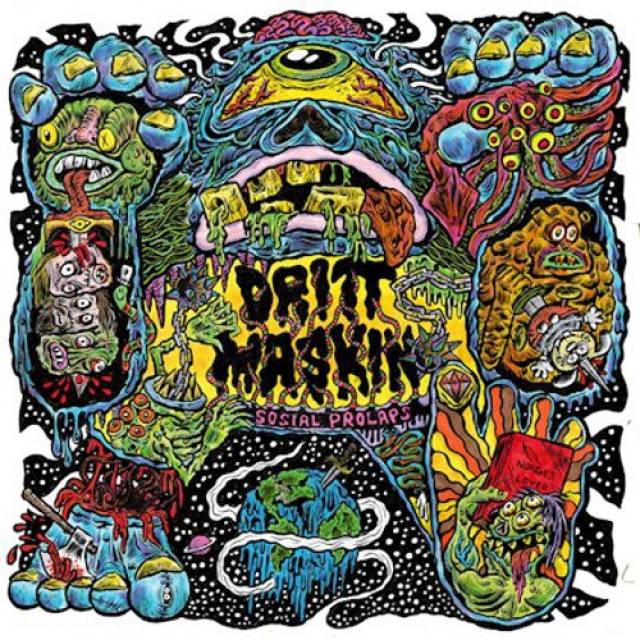 EDGED CIRCLE PRODUCTIONS is proud to present the worldwide release of DRITTMASKIN's striking debut album, Sosial Prolaps, on digipack CD and vinyl LP formats. Originally self-released in 2018, this new edition of Sosial Prolaps will precede a brand-new DRITTMASKIN album for EDGED CIRCLE later in 2020.
Hailing from Norway, DRITTMASKIN are a nasty melange of often-incompatible influences and idioms. Completely DIY, the band's Sosial Prolaps debut violently 'n' vulgarly introduced the band's wicked ways, idiosyncratically ranging black metal, hardcore punk, crossover, and even subtle singer-songwriter traditions. It may immediately sound like one thing, but peer beneath DRITTMASKIN's surface one more time (or another, or another, or...) and you'll find a strange 'n' shapeshifting sensation that lingers long after the record's over.
DRITTMASKIN's journey toward the finalization of Sosial Prolaps has been one of many complications and filled with conflicts. Ridden by both internal and external conflicts and controversy, their debut album became a difficult work, and it took almost five years to finish the record.
Led by the manic vision of frontman Grindadrap and the two other founding members, Snofokk and Avstralopithecvs, DRITTMASKIN carve a unique sound in a often stale and conservative genre. Drawing heavily upon their influences from punk, black metal, thrash, and death metal, across Sosial Prolaps were the band able to write songs relying on a untraditional song structure within the metal and punk genres, more often seen within the classic singer-songwriter tradition. Aesthetically and in their instrumentation, DRITTMASKIN draw inspiration partly from the eponymous Bad Brains album, Morbid Saint, Filosofen by Burzum, and Scream Bloody Gore by Death.
The signature drumming style of Snofokk brings DRITTMASKIN’s sound a step closer to the rock genre, and gives an aspect of accessibility, broadening the sound of this extreme-sounding band. The lyrical content and the song structures also take a clear step out of the norm of death and thrash metal, making songwriters such as Neil Young, Bob Dylan, and Joni Mitchell more suitable references. On the visual side, the American artist Wooden Cyclops elaborated on the raw, lo-fi identity of the band and completed the cover for the vinyl edition of Sosial Prolaps as well as its three singles - "Giftlokk," "Punkeboms," and "Hold kjeft naar du snakkar til meg" - with his crazy, obnoxious style. The sound production was done by guitarist Avstralopithecvs, and mixed & mastered in analog by Robert Jonnum in UInderschon Studio.
Before the bandwagon really leaves town with DRITTMASKIN's next album for EDGED CIRCLE, better hop on now with this new worldwide release of Sosial Prolaps! EDGED CIRCLE will also be releasing a limited-edition 7" EP at the same time, which will include one exclusive track (taken from that forthcoming second album) and one remix track from Sosial Prolaps. 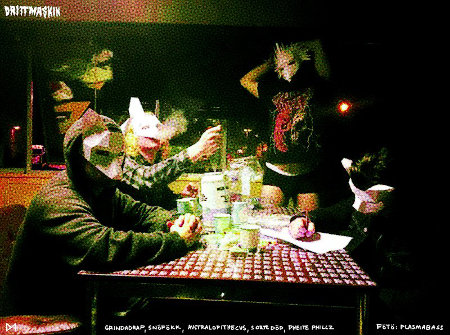 More in this category: « DOMINIA VOLTUMNA »