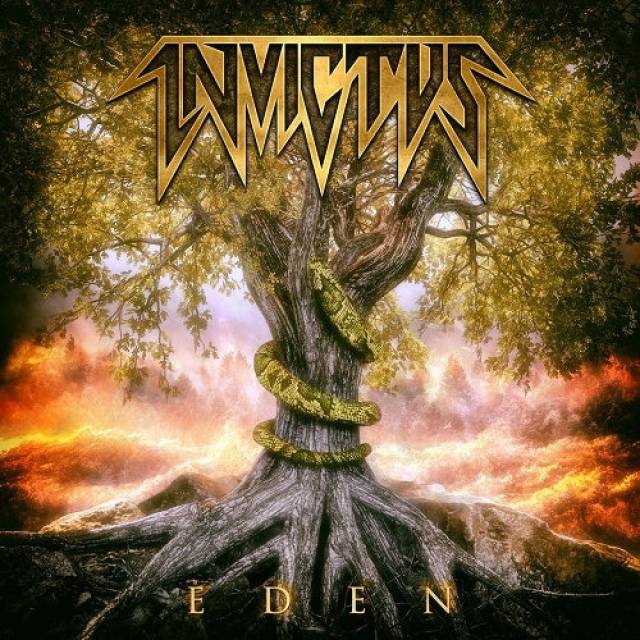 The release date of the of the Debutalbum „Eden“ by the German Heavy Metal Band INVICTUS, via IRON SHIELD RECORDS, on CD is January 24th, 2020.
While active since 2017, after their Debut EP “Burst The Curse” und numerous shows with the likes of JAG PANZER, VISIGOTH, REFUGE, VULTURE and many more, INVICTUS now releases their first full-length “Eden” in January 2020.
Founded in 2017 in Bavaria, the band was focused on creating powerful and diverse Heavy Metal, inspired by the metal heroes of the 80s.
A first 3-track EP was released in March 2019, followed by numerous concerts as support for genre grandeurs as JAG PANZER, VISIGOTH, REFUGE & VULTURE.
New tracks were written and recorded, which will now be released in January 2020 on their first full-length “EDEN”! From raging speed metal like “The Hammer” or “Thought Of An Idea” to heavy metal hymns like “Break The Chains” and even a power ballad called “Styx”, “EDEN” contains everything the metal heart desires! Keep The Metal Flame Alive!
www.facebook.com/InvictusHeavyMetal
www.instagram.com/invictus_metal_official/
https://invictusheavymetal.bandcamp.com/
https://soundcloud.com/invictusmetal

More in this category: « BANISHER ELEGY OF MADNESS »