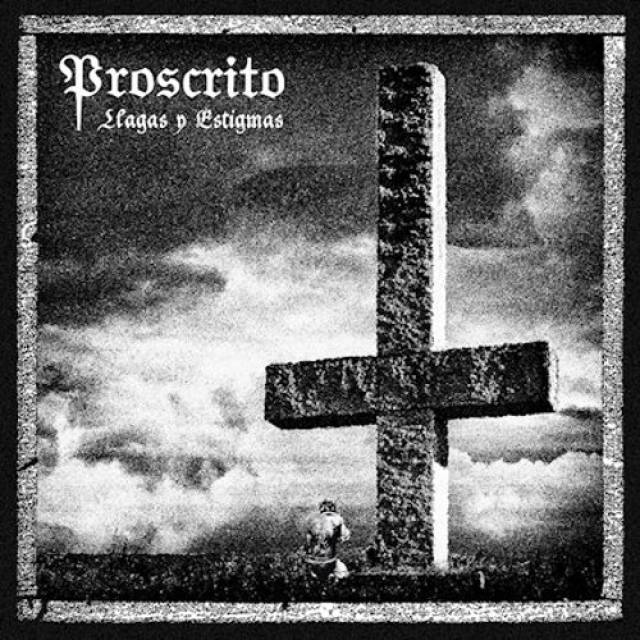 In their endless quest to push and support current underground acts that perpetuate the odor of vintage death metal, on January 27th, 2020, MEMENTO MORI is proud to present PROSCRITO's striking debut album, Llagas y Estigmas.
PROSCRITO was born from the ashes of the sloppier incarnation known as Calvario in 2016, paying homage to the too-doomed-to-be-dead/too-dead-to-be-doomed parts of releases like Satanic Rites, Erupted Evil, The Dying Truth, Embrace the Death, Mental Funeral, Lost Paradise, Into Darkness, Worship Him, or Reflections of the Solstice, crafting slow & churning tracks that were to be (not really) perfected with the band's debut EP, El Calvario, in 2017: a release filled with an all-encompassing passion for decay and rottenness, from the penitent and flagellant opening track "Via Crucis" to the closing instrumental mantra that is "Puteado," pounding caveman percussion, thundering bass, and wah-soloing frenziness in between.
After three days of morbid delirium at Moontower Studios (Ataraxy, Graveyard, Oniricous, Teitanblood), once again under Javier Felez's supervision, PROSCRITO's follow-up to the debut EP took form with some more echoes to the days of yore, as a full-length frontal assault titled Llagas y Estigmas ("Sores and Stigmata"), featuring five disgruntled litanies of blood, sweat, and no-tears imagery reminiscent of Robert E. Howard and Cormac McCarthy, muscular riffage, vomit and mucus. Tracks like "Marcado por la Pezuña," "Tronos de Oprobio" or their (scato)logical outcome "Pantalgia" truly persist with that tradition of primitiveness, putting the stress both in the DEATH and the METAL, for doom has always been the band's destiny, its powers and wisdom.
Any way you describe it, the dense 'n' sulfurous rumble this Spanish power-trio creates can cause tectonic shifts as ably as it can rot your soul. There's an almost uncomfortably carefree, laissez faire approach to PROSCRITO's ritualistic plod, as if the band is indifferently acting as a conduit for supernatural frequencies only they can sense. It's not often that MEMENTO MORI dips its toes into the doomier end of death metal, but when it does, be fucking sure that it's for good reason! And indeed, Llagas y Estigmas is one bad-ass GOOD REASON! 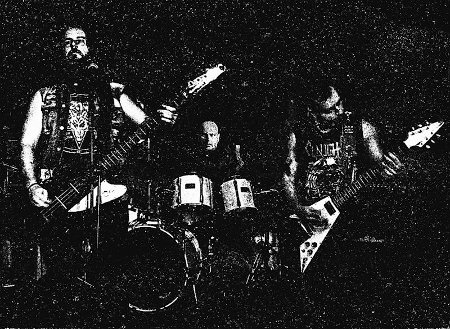