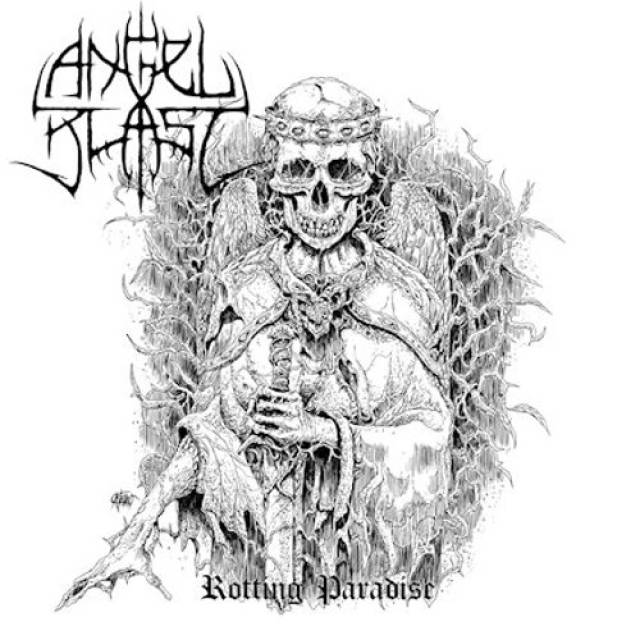 EDGED CIRCLE PRODUCTIONS is proud to present ANGELBLAST's striking debut EP, Rotting Paradise, on 7" vinyl and digital formats.
Although a brand-new entity, ANGELBLAST hold a wealth of experience within their ranks, featuring members from old-school Swedeath cult Excruciate as well as fellow labelmates DARKENED. And one listen to the swift 'n' slaying Rotting Paradise is proof enough of those deeply entrenched Metal of Death values: throttling and propulsive, winding and dynamic, clear yet crushing, malevolently melodic, and with mind-melted solos to literally die for, ANGELBLAST rip through two tracks (plus eerie outro) with a passion and possession that simply cannot be denied. References to be made include '90s Morbid Angel, Dissection, Necrophobic, Malevolent Creation, and Unanimated, but on evidence of Rotting Paradise, ANGELBLAST are well on their way to etching an infernal circle all their own. Suitably, this opening salvo features amazing artwork by Juanjo Castellano Rosado (Unleashed, Revel in Flesh, Gates of Ishtar).
Be on the lookout for a debut album through EDGED CIRCLE next year, and step into ANGELBLAST's Rotting Paradise in the meantime!