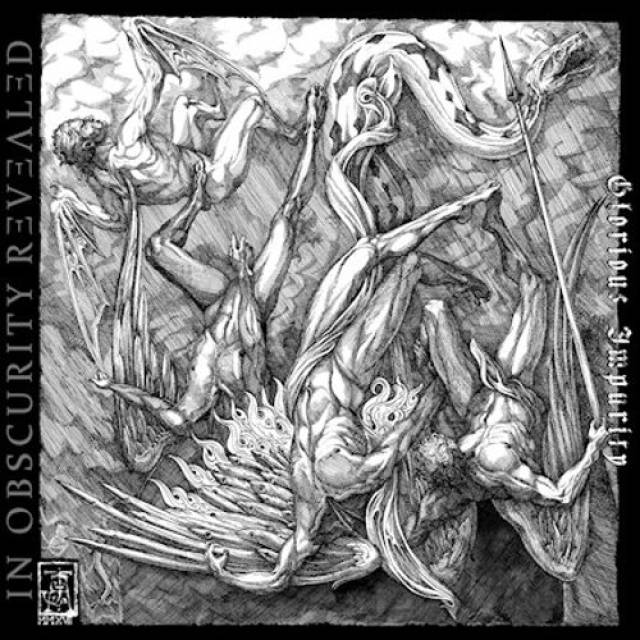 BLOOD HARVEST RECORDS is proud to present IN OBSCURITY REVEALED's highly anticipated debut album, Glorious Impurity, on CD, vinyl LP, and cassette tape formats. The CD and cassette versions shall be released on December 13th, with the vinyl version following on January 31st, 2020.
It was but 2016 when we last heard from IN OBSCURITY REVEALED, and reveal did the Mexican quartet a throttling two-song 7" for BLOOD HARVEST aptly titled Grim Fumes of Revelation. Now, at long last, arrives an equally aptly titled debut album: Glorious Impurity. Retaining the same rudiments as that preceding quick strike, IN OBSCURITY REVEALED's first full-length is a nine-song/37-minute plunge into ancient sulfur. Rabid and roiling, their blackened death metal (or is that deathened black metal?) breathes the madness of their southern climes whilst honoring a host of international influences. It's warfare noise that bears sadistic intent as it crosses the chasm into the cenotaph, as these four maniacs explode forth with scabrous, raw, yet clearly articulated darkness 'n' distress. Fierce and feral and imbued with an occult aura, Glorious Impurity is everything its title portends, and ominously more. Perhaps a cursory reading of the album's component song titles - "Our Crimson Madness," "Beast and Serpent," and "Congress Cum Rampage" are but a few - more colorfully elucidates its content...
Step into the ritual chamber or engage in sexual carnage, it matters not - only the Glorious Impurity brazenly engaged in and vulgarly revealed by IN OBSCURITY REVEALED!

More in this category: « AGALLOCH THE DEATHTRIP »