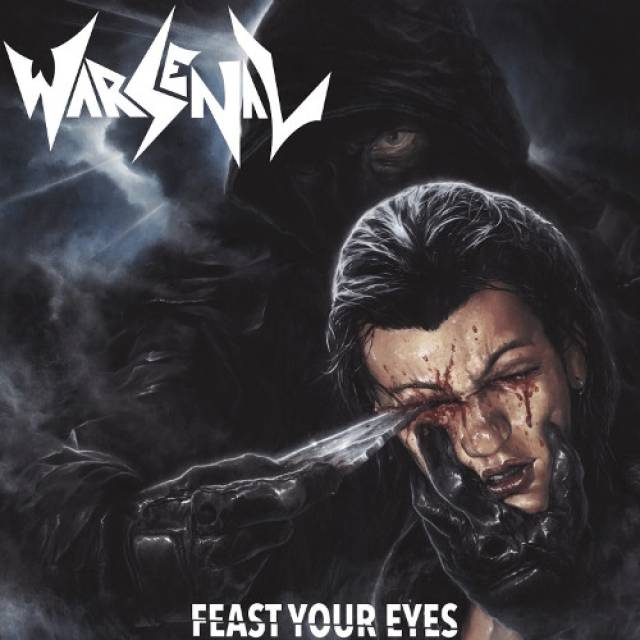 Montreal Canada’s own Thrash Metal legends have slated a November 8th release for   their much anticipated follow-up to their critically acclaimed debut “Barn Burner”.
“If you crave aggression, look no further. Warsenal delivers with passion. You may not want to be driving while listening to their new album, Feast Your Eyes. You'll most likely be driving twice the speed as the police. Personally, I wouldn't recommend that. In the event you do get pulled over and interrogated, let them hear the opening track "Forever Lost" and I'm certain they will understand.” – Tony Portaro / Whiplash
“That album is great. The songs reminds me so much of Voivod! It's basically Technical-Metalucifer." - Gezol / Sabbat and Metalucifer
Warsenal announced today the newest release is to be released on SVART Records this fall entitled “Feast Your Eyes”, their latest offering since 2015's Barn Burner. Their brand new album  is set for a November 8th release date on Svart and will be widely available on CD and Vinyl. This speed and thrash metal heavy forward collection of songs is the best material to date and will surely turn the heads of all their long-time current fans, along with worshippers of old school Metallica, Megadeth, Slayer and Anthrax.
In the early days of Warsenal, the band released a three-song Demo in 2012 and immediately started performing live in May of the same year. The Demo quickly grasped the attention of a Japanese festival organizer who invited the band to perform on the 'True Thrash Fest' in Japan February 2013,   Warsenal's first international performance. This was no run of the mill fest, since Exciter, Violator and Sabbat were all on the bill, just to name a few of the heavy hitters. The band gained further notice from fans when they got home and immediately took to touring and playing in every Canadian province, even headlining 2 different festivals in their home country.
Since the release of their 2015 debut album 'Barn Burner', Wasenal got invited to go tour Mexico, in 2016 with some dates as main support to the Enforcer Mexican Tour, and the following year played on the Full Terror Assault Festival in Cave-In-Rock, Il (USA) with bands such as: Overkill, Venom Inc., Crowbar, Goatwhore, and Toxic Holocaust. The band has also toured more recently and specifically the East Coast of the USA for the first time in April of 2019 as main support to Seax.
Mat from Warsenal: “We're really excited to be signing with Finnish label Svart Records. They have a great international visibility and are very well respected among musicians and fans alike. This makes us very honored to be taking over the world of Metal under their flag.
I think that with Feast Your Eyes, we've really grasped what is the "Warsenal sound" and how we want to go from there. It's still raw and filled to the brim with crazy riffs flying everywhere, but the production quality and the songs structure have really took a major imrpovement, call it maturity I guess. The songs, are all very different and unique, while keeping the Warsenal energy and the madness that people digged on the first album. A lot of surprises and jaw-dropping are to be expected on this second album. Let's just say that it is not you're typical and generic Thrash or Speed Metal album.“ 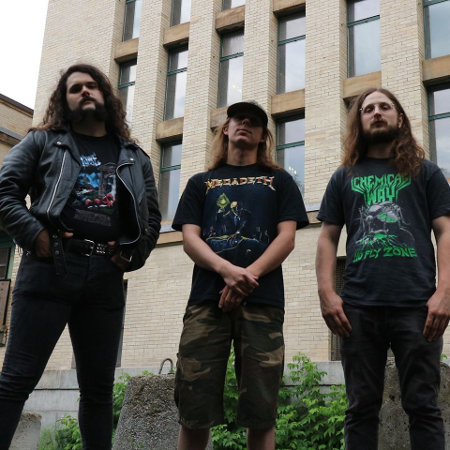 More in this category: « GUNJACK ISRATRHOUM »