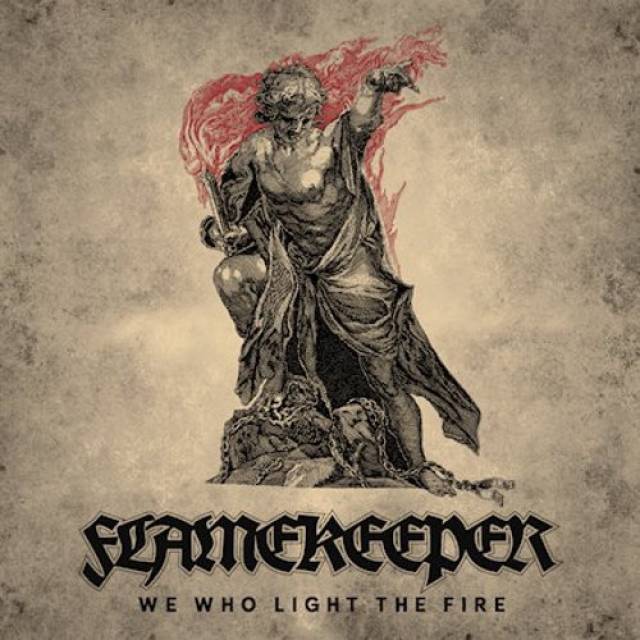 Debut album "We Who Light the Fire" out on November 29th!

INVICTUS PRODUCTIONS is proud to present FLAMEKEEPER's striking debut mini-album, We Who Light the Fire.
FLAMEKEEPER's nature is innately nomadic and ever-changing, as its concept was created by DEMONOMANCY founder Marco S. during the process of a relocation from Rome, Italy to Stockholm, Sweden. Exploration, discovery, and conquest of new lands recur in the music not only as a representation of transition and change, but especially as a metaphor of the philosophical quest for the truth that lies inside of us. Indeed, it is We Who Light the Fire...
While no doubt latently Mediterranean at its core, FLAMEKEEPER's epic heavy music aims to gather the self-raised, the fatherless, those without guidance, the pariah and the outcast so that a new unity can be created. It advocates the worship of fire in its totality: a guiding light, yet a dangerous force. Again, it is We Who Light the Fire...
As FLAMEKEEPER's first public recording, We Who Light the Fire is a remarkably accomplished work, both sonically and lyrically. Through sound and words, the songs describe how painful yet rewarding it can be to stand for our own ideas, making it worth to die for them. There is no brighter star to roamers than a restless heart on fire. Truly, with FLAMEKEEPER has Marco crossed the fiery path into mystic places of dawn, his hammerheart pumping with truth/strength/fire. No mighty contract is required when one heeds the maxim of non serviam.
Suitably rounded out by a cover of Necromantia's "Ancient Pride," FLAMEKEEPER fully harnesses black wind, fire, and steel with We Who Light the Fire!
Engineered by Marco S. at The Devil's Mark Studio in Rome, Italy (recording) and at Necromorbus Studio in Stockholm, Sweden (mixing and mastering)
Cover artwork by Artem Grigoryev (Black Typography) 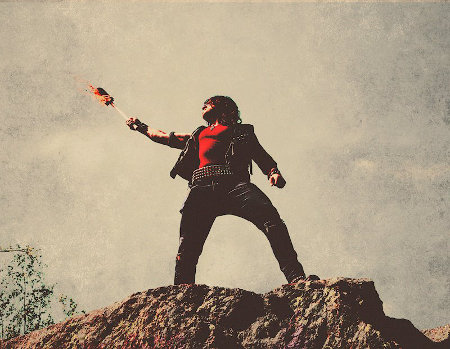