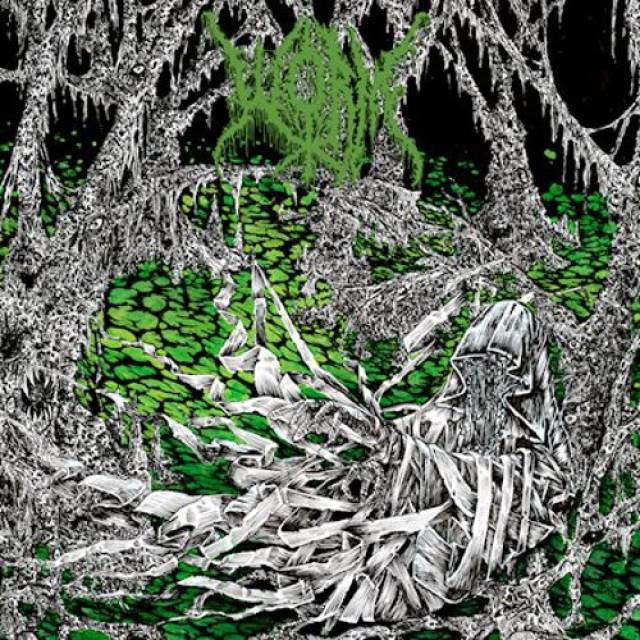 IRON BONEHEAD PRODUCTIONS is proud to present the highly anticipated second album of America's WORM, Gloomlord, on vinyl LP and cassette tape formats.
Hailing from the swampy recesses of Florida, originally as the work of one mysterious Fantomslaughter, WORM released two demos - The Deep Dark Earth Underlines All (2014) and Nights in Hell (2016) - before expanding to a duo alongside one Equimanthorn and releasing their debut album, Evocation of the Black Marsh, through IRON BONEHEAD in 2017. Fully distilling their foul 'n' fetid aesthetic, WORM's first full-length reaped a bounty of unsettling atmosphere and ancient-style songwriting, presenting a clanging, blown-out appropriation of early Goatlord and Mortuary Drape but with a screws-loose personality that hails unorthodoxy endlessly.
While those influences undoubtedly remain, WORM strike back with a bolder assertion of their own, now-unique identity with Gloomlord. Ever aptly titled, Gloomlord is an altogether more solemn and stately descent into the swamps, both spiritually and physically. With five epic songs spread across an impossibly vast 42 minutes, WORM's second album pounds forward with ominous intent, but slowly-evaporating melodies rise from the muck 'n' mildew and bewitch the listener with devastation and doom. Indeed, it's the lattermost element - DOOM - where the duo expand the WORM aesthetic, dynamically exploring the crevasse between light and shade, in a sense evoking the early '90s canon of classic UK doom-death as well as funeral doom progenitors Unholy, Thergothon, and especially Disembowelment; in fact, the lattermost-named band held the biggest influence on the stylistic shift across Gloomlord. Elsewhere, surprising twists of speed indeed twist the knife more cruelly, only to pull it back out - slowly - as that eerily reverberating melodicism takes center stage. The sum effect is drowning in that very same swamp, over and over but horrifically different from the last, ad infinitum and hypnotically so. Or, as the band themselves coin it, "Floridian Funeral Doom," and that sum effect is indeed unique, and uniquely Floridian.
Adorned with appropriately evocative cover art, his majesty at the swamp has now arrived with WORM's Gloomlord! 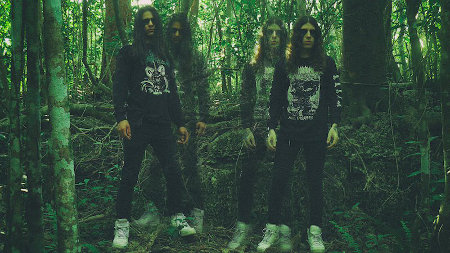 More in this category: « COLOSSO DEPRESSED »