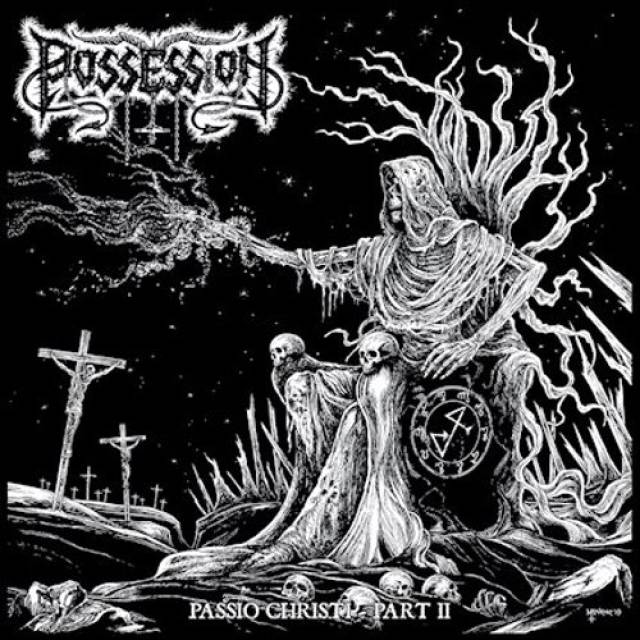 IRON BONEHEAD PRODUCTIONS is proud to present a special split EP between Belgium's POSSESSION and France's VENEFIXION, jointly titled Passio Christi Part II / Necrophagous Abandon, on CD and 12" vinyl formats. A bloodpact in both deed and thought, this split recording is the counterpart to POSSESSION's Passio Christi Part I, shared with SPITE and to be released simultaneously by comrades INVICTUS PRODUCTIONS.
By now, POSSESSION should need little introduction. Since 2012, these stalwarts' ascent from the depths of the underground has been fiery, to say the very least. Organic but never exacting, their steady stream of short-length releases have revealed stark and horrifying truths, culminating in 2017's modern classic Exorkizein debut full-length, released jointly by INVICTUS and IRON BONEHEAD.
Continuing to strike while the iron's hot - RED fucking HOT - POSSESSION are releasing two separate split EPs, in complementary fashion, with likeminded hordes VENEFIXION and SPITE. Passio Christ Part II, their split with VENEFIXION, sees the Belgians swarming from the start, exhibiting a stridently militant aspect that seques into hypnotizing madness, later downshifting into a death-march but with swirling leads atop like so much sulphur. As such, VENEFIXION are ideal counterparts: although their catalog is still sparse, with the Armoricon Deathrites EP being released by IRON BONEHEAD in 2016, their recordings are inversely potent in relation to their brevity and frequency. Here, with Necrophagous Abandon, VENEFIXION set the mood for more sulphur (POSSESSION also have their own similarly eerie, mood-setting intro) and then proceed to flay the listener alive with a crisp-yet-cutting display of red-eyed DEATH METAL madness.
In these days of haphazard, poorly-matched "split" releases, POSSESSION and VENEFIXION conjure forth the format's original magick with Passio Christi Part II / Necrophagous Abandon! 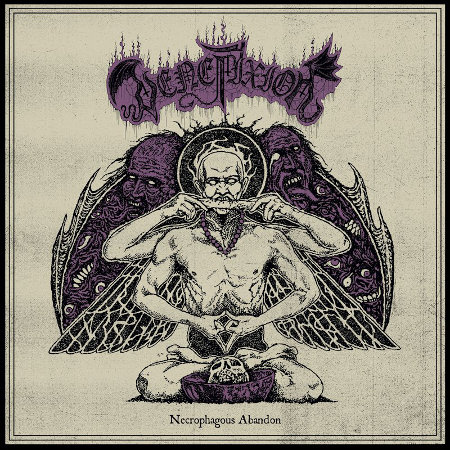