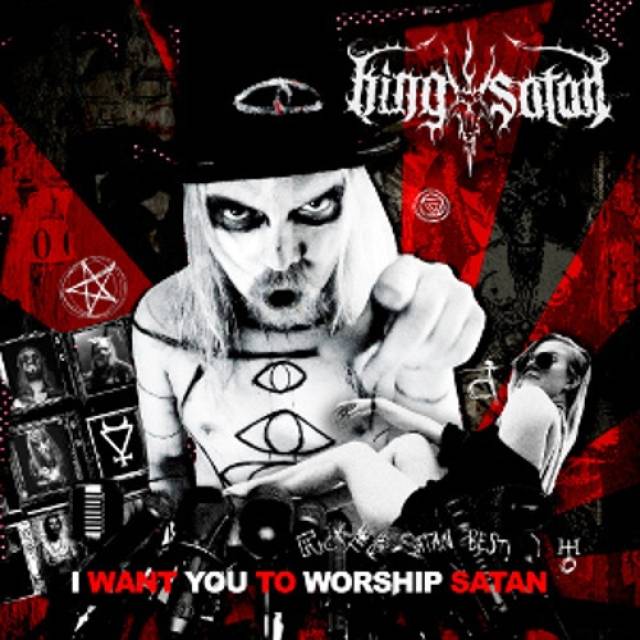 New album "I Want You To Worship Satan" out now!

Finnish industrial metal / Hellelectro act KING SATAN has released their second full length album I WANT YOU TO WORSHIP SATAN.
KING SATAN is industrial metal band from Tampere, Finland founded in the end of 2015 by vocalist and multi-instrumentalist KING ALEISTER SATAN. The band serves eccentric and over-the-top style of harsh extreme metal which is heavily infused with different elements all the way from hard rock and death punk to aggrotech and electro-industrial.
The band gained international attention in the underground metal circles with powerful live performances, controversial music videos and genre-bending debut album KING FUCKING SATAN (2017). The band’s outspoken attitude towards occult and spiritual anarchy was served in unique blend of electro-metal which appeared to be not alien to neither satire or philosophical sedition.
With several festival shows and touring in Finland and mainland Europe in 2018 together with series of club shows while supporting or sharing stage with such acts as PAIN, PERTURBATOR, CARPENTER BRUT, HOCICO, TURMION KÄTILÖT and VELVET ACID CHRIST the band promoted their debut album and gained themselves reputation for being distinctive and energetic live band. With full band line-up, babalonian female voice of keyboardist KATHERINE BOSS and powerful demonic vocals of band’s mastermind KING ALEISTER SATAN the band delivers fierce soundscapes full of excessive synths and bass, electro beats, live drums and heavily distorted guitars that can be consumed both in dance floor and in a moshpit, and which most surely bows to nothing and to no one.
KING SATAN’s second full length album titled I WANT YOU TO WORSHIP SATAN (2019) is released in 22nd November 2019 by INVERSE RECORDS and which will be introduced to the world once again by singles with impudent music videos all written and directed by band’s KING ALEISTER SATAN himself.
FUCK THE REST SATAN IS BEST 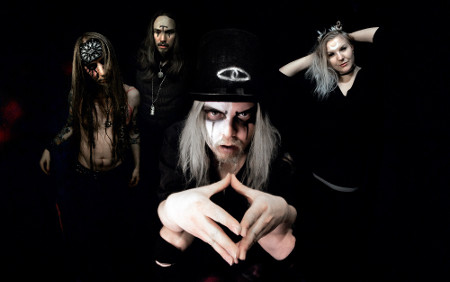