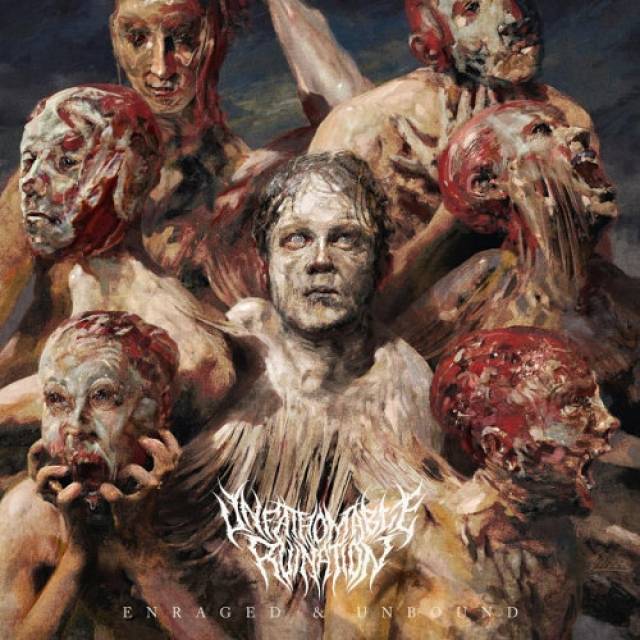 New album "Enraged And Unbound" out on  November 22nd!

Enraged and Unbound, the new album from UK extreme metal band UNFATHOMABLE RUINATION is now streaming online in its entirety. Metal Injection offers fans an early preview of this nine-track onslaught of boundary smashing death metal.
On Enraged and Unbound, UNFATHOMABLE RUINATION delves into the darker side of the human psyche. Each song plumbing the depths of the deepest mental illness and exploring the primitive violence that lies within us all. Musically, each instrument has been pushed to its limit: breaking barriers to create something emotive, unique, and above all else one of the most significant death metal releases of 2019. Three years in the making, Enraged and Unbound promises to be UNFATHOMABLE RUINATION's best work yet.
As if that weren't enough, the band is extremely proud to announce two of the best vocalists in Death Metal - Julien Truchan from Benighted and Sven de Caluwe from Aborted - are honored guests on the album! Sven performs on "Occulta Violentiam" and Julien on "Defy the Architect."
Eliran Kantor is responsible for the album art and captures the feel of Enraged and Unbound perfectly. A solemn solitary figure stands surrounded by demonic deformities which represent the inner turmoil that torments those with mental illness. Screams of anguish and vicious voices whispering of fear, violence and self-loathing. The art in itself is a true masterpiece and completes the experience that is Enraged and Unbound. 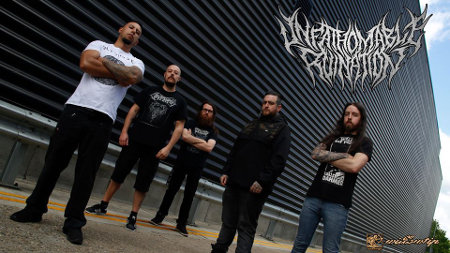