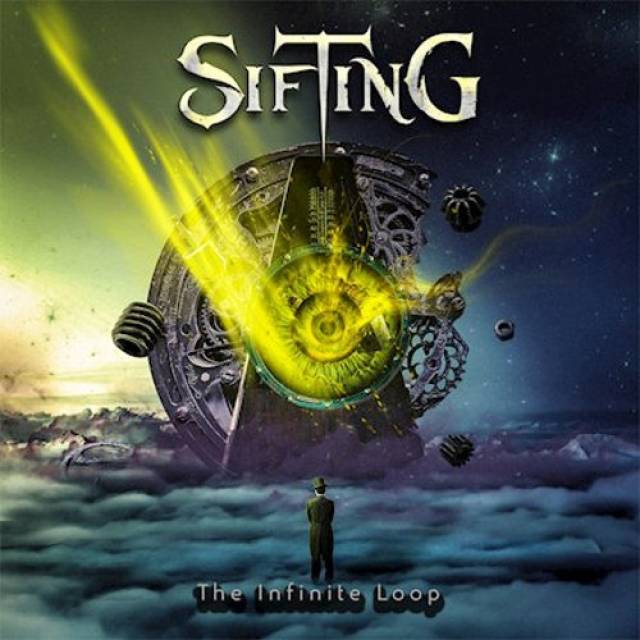 New album "The Infinite Loop" out on September 27th!

SIFTING is a progressive metal band from Los Angeles, CA. The Infinite Loop was produced by Steve Evetts (The Dillinger Escape Plan, Suicide Silence), and mixed by Jamie King (Between The Buried And Me, The Contortionist). This album is a masterpiece of progressive metal featuring seventy minutes of mind-blowing jedi-like musicianship perhaps only rivaled by the likes of Megadeth, Dream Theater, Rush, or Metallica. That's a big statement to make, but if one takes the time to listen, the songs on this album back it up. The first single "A Critical Affair" simply shreds the listener's ears with fast-paced finger-twisting riffs and unbelievable drumbeats that one would think could only be performed by a human-octopus hybrid. The second single entitled "Stop Calling Me Liberty" could very well be considered a modern-day masterpiece with its pummeling verse-chorus-verse structure, insanely epic guitar solos, and acoustic reprieve in the middle of the song. Other highlights on the album include "Ghost of A Lie" which features Derek Sherinian (Dream Theater, Sons of Apollo) on keyboards, and of course the title track "The Infinite Loop". The title track revolves around the concept of reincarnation and how life is a constant evolution of infinite cycles of existence. One could go on and on about each song on this album, as there's just so damn much to say about it but in the end… you just NEED to listen to it for yourself. Open your mind to something new and discover the magic of Sifting!