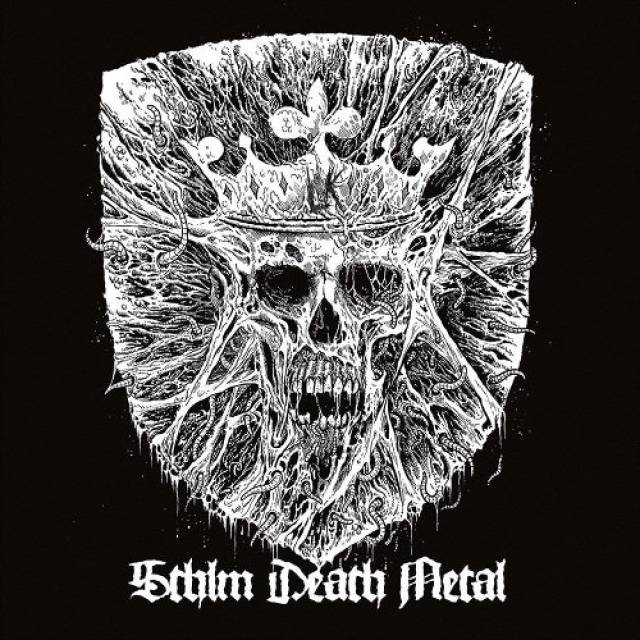 After a successful run of festivals during the summer, Swedish Death Metallers LIK are returning with fresh meat on September 27th when they will release a brand new 7" entitled "Stockholm Death Metal".
The A-side features the new track 'Revel In Gore' which was recorded on January 12th, 2019 in LIK's rehearsal space, once again with the "one and only" Lawrence Mackrory (Obey Mastering) behind the wheel. Lawrence is responsible for producing, recording, mixing and mastering the song. The two live tracks on side B ('Rid You Of Your Flesh' and 'Embrace The End') were recorded at "Copperfields" (Stockholm) when LIK premiered songs from the "Carnage" album; both were also mixed and mastered by Lawrence Mackrory.
LIK comments about the artwork: "The artwork, done by Mark Riddick, portraits the Stockholm crest, but in a undead version which of course is more proper death metal. Layout is done by our dear friend Mathias Blom (The Happy Creative) and photos taken by Mr. Niklas Sandin. The Lik logo is originally drawn by Anders Nystrom but later revamped by Mark Riddick to fit his style which we have come to use for all the artwork since 'Carnage'."
'Revel In Gore' features guest vocals by none less than Matti Karki of DISMEMBER fame! "When the idea arose to have a guest vocalist to a future track, there wasn't too much of a brainstorming going on. We knew who we wanted to fill that position and we're damn happy that he agreed to do it. Without any introduction needed, we can happily say that Matti Karki of the great Dismember gave us his one of a kind voice to our song "Revel in Gore". Being recorded during one day in a cold January in Stockholm, it's been lurking off the grid for quite a while now. So we're all super excited to soon "reveal this gore" to the death metal masses!"
But why is the 7" entitled "Stockholm Death Metal"? "It's because that's what this song is. Pure Stockholm death metal, punky "deathy" brutal and groovy, blended with some nice melodies here and there, and also with Matti on vocals. And personaly I think it's boring when records have the same name as a song on it…" 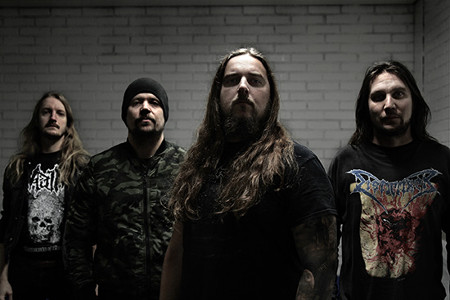 More in this category: « LAMBS LVXCAELIS »