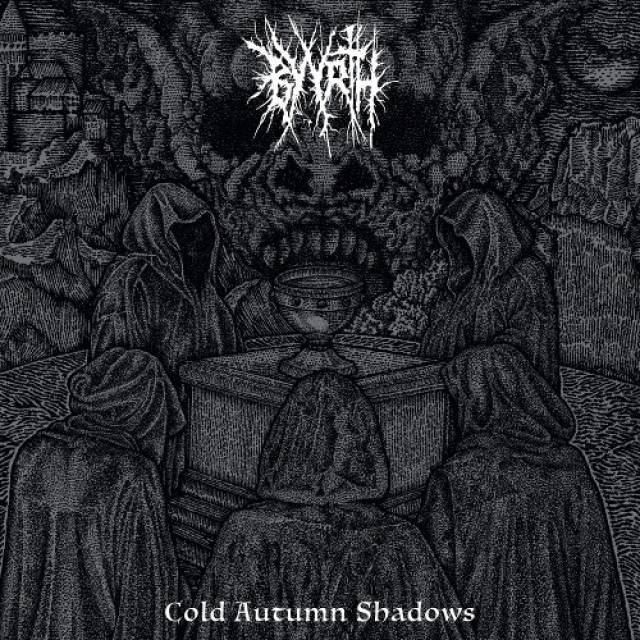 Iron Bonehead Productions sets October 18th as the international release date for a special new mini-album from Byyrth, Cold Autumn Shadows, on CD and 12" vinyl format. The release will coincide with this year's edition of the Iron Bonehead / Nuclear War Now!-curated Never Surrender Fest, set to take place on October 19-20 in Oakland, California.
Following on from their critically acclaimed second album, Echoes From the Seven Caves of Blood, here on Cold Autumn Shadows do Byyrth continue to strike a new, frightening face for vampiric black metal. More effortlessly than before do they eschew the withering frivolity and frivolousness of most definitions of anything "vampiric" in regards to black metal: this Californian quartet kick in quickly with a ripped-raw and unrepentantly punkish attack. Blown-out and harshing everyone's mellow, each iron-fisted anthem of theirs marches forward with absolute arrogance and an enviable swagger, but true to this mini-album's title, Cold Autumn Shadows indeed imparts a newfound melancholy for Byyrth that's equally potent.
Make no mistake, though: Byyrth's vampirism is an indomitable variety, the alpha to everyone else's omega. And once again, they accomplish their sanguinary goals with an almost militant efficiency: Cold Autumn Shadows imparts dark medieval times in a compact 26 minutes, swirling the listener into a lysergic haze of ancient-days mysticism. Somehow more brittle but emboldened, this is the sound of Byyrth spreading black leathery wings of doom ever wider... 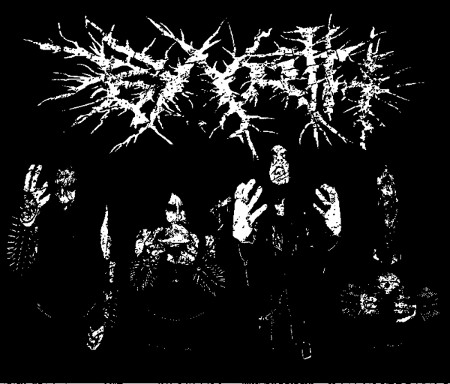 More in this category: « BURIER CARNAGESLUMBER »