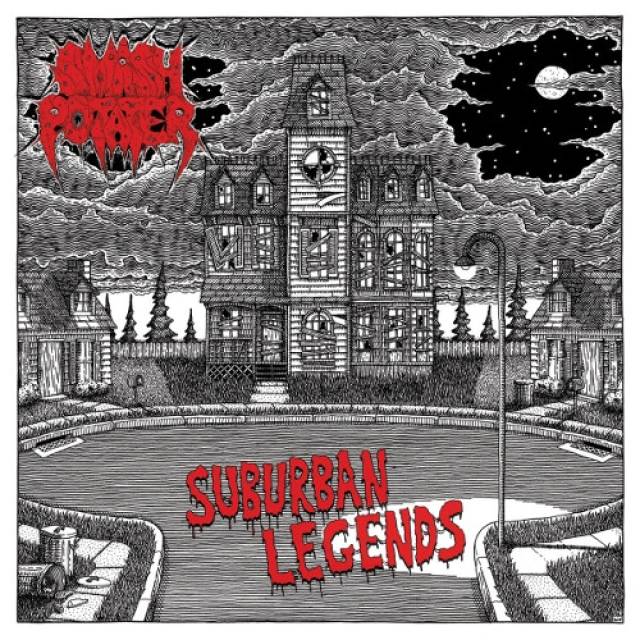 Extreme Crossover Metal Punks SMASH POTATER make their Horror Pain Gore Death Productions debut with the new album Suburban Legends!
Hailing from Aurora Illinois, SMASH POTATER were spawned from the gutter back in 2010. Suburban Legends showcases 18 tracks of extreme Crossover, Metal and Punk, featuring Fastcore, Thrash, Grindcore and everything sprinkled in between. SMASH POTATER present the morbid tales of life in their festering abscess of a town located in the side of Chicago, complimented with a heavy dose of satire and flat out goofiness. For fans of Frightmare, Splatterhouse, Spazz, Birdflesh and Spazztic Blurr.