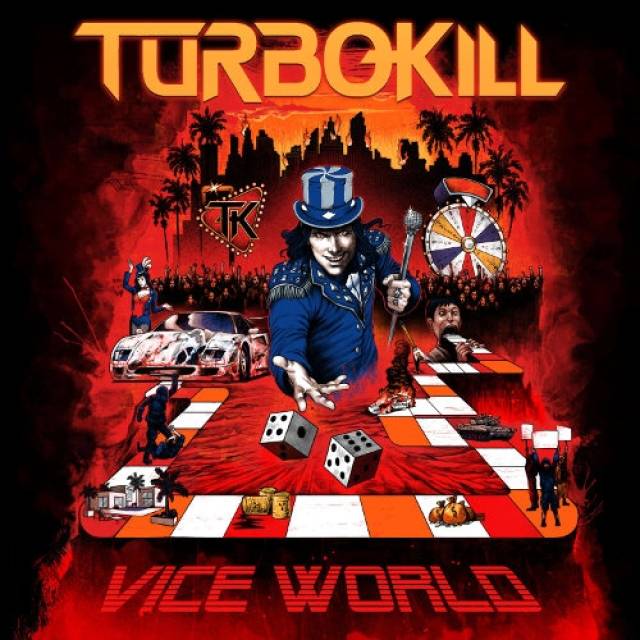 First album by German Heavy Metal band will be released on October 25th!

In an enlightened world, it must be allowed to ask how the musical succession to Metal legends like Judas Priest or Iron Maiden is to be realised. Or is the change of guards already under way? Following in the footsteps of the Metal giants of our era will by no means be an easy feat. Still, it must be done, and we need suitable candidates with a vision who align themselves with the long history of this music genre while taking their compositions and playing style into the future. TURBOKILL, the new formation of former Alpha Tiger vocalist Stephan Dietrich, could be such a candidate in the making. The German band comes with an exceptionally set of skills to drive forward a Heavy Metal style that is traditional yet modern. Is it too bold a thesis then, to name them as a contender? Hardly, especially since the 12 songs making up the group’s first album Vice World  beg to differ. The message comes across loud and clear: The future of the classic Heavy Metal has already begun!
Vice World more than meets the expectations that TURBOKILL set with their EP back in 2018. Last year, the self-titled work was awarded impressive 9 out of 10 possible points by the trade journal Deaf Forever. In addition, TURBOKILL was one of the top 5 candidates for the support act to the 2018 ‘Metal Hammer Awards’. There must be something to the rumours going around about the new band being one of the most talented and most promising in this particular music genre.
The debut album "Vice World" will be released October 25th, 2019 through SPV/Steamhammer.

More in this category: « HORROCIUS MOONSORROW »