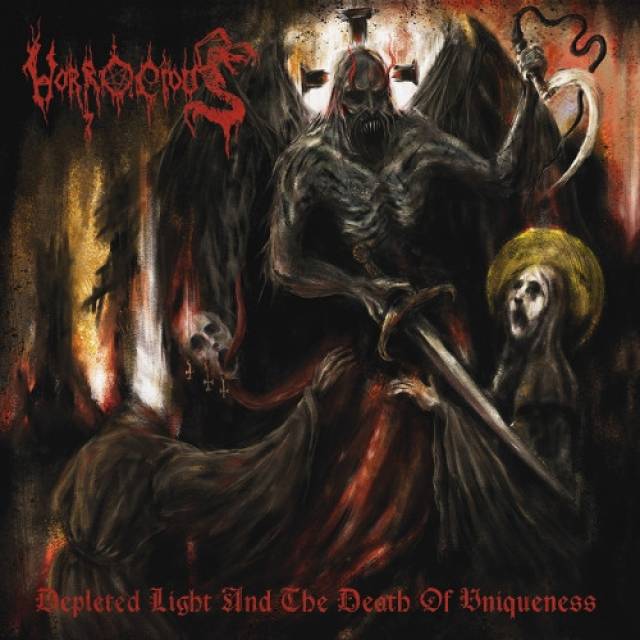 Osmose Productions sets October 25th as the international release date for Horrocious' highly anticipated debut album, Depleted Light and the Death of Uniqueness, on CD and vinyl LP formats.
Inexorable hatred occurred with the coming together of Godslaying Hellblast, Sarinvomit, and Persecutory members in early 2015. Horrocious started as a two-man black metal band to spread the infernal sounds that symbolize the destruction of the universe under the infinite chaos and eternal dominance of diabolic nothingness, and in this way, they recorded a four-track debut EP, Obscure Dominance Of Nothingness, which was released as limited-edition cassette in 2015 and CD edition in 2016. Later, three new members (C.G. on guitars, E.K. on bass, Alexey on drums) were added to the lineup to record an eight-track debut full-length in the first quarter of 2018.
On this debut full-length, Depleted Light and the Death of Uniqueness, Horrocious points the egoism and ambition of the divinity and his spatial prison in the thearchia light of his orders when he wanted to be respected, and prepares the ground for an endless struggle. True power of the Lucipherian energy above the spiritual light and embraces infinite sinfulness by rebelling against the incomprehensible secret uniqueness trapped in sanctity. Would it be forgotten that the war of freedom given by the falling angels and the wrath of sealed old evil spirits? From the creation to the scarcity of information, the salvation of humiliated existence will be realized by the destruction of all the things mentioned as goodness, so the control of the worlds was only an embarrassing force, and the irresistible principles and authorities destroyed endless dissatisfaction and the system was designed in stages and the system of interdependence was inevitable. Because this was rebellious son Lucifer’s eternal war against the integrity of all worlds... 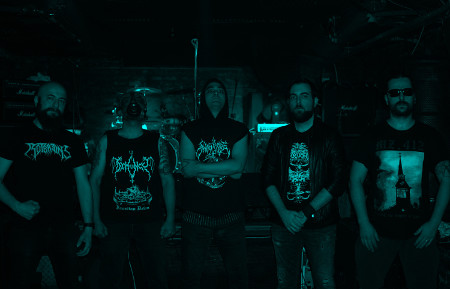