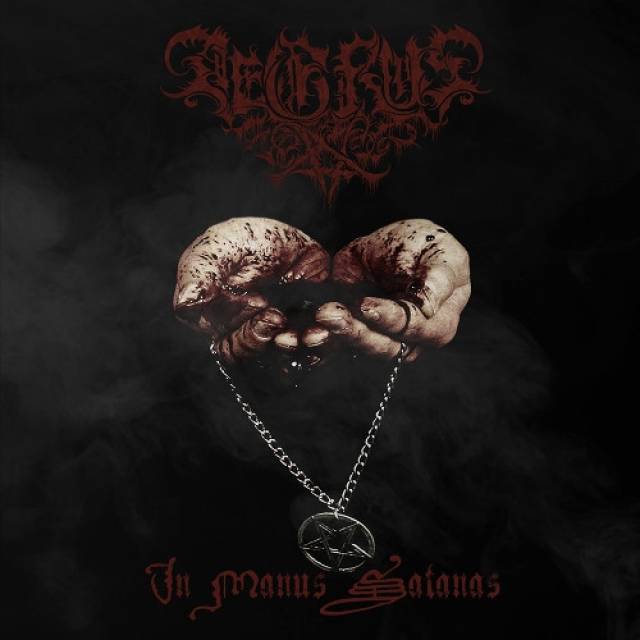 On October 11th internationally, Saturnal Records is proud to present Aegrus' highly anticipated third album, In Manus Satanus.
Hailing from Kouvola, Aegrus is a Finnish black metal band formed in 2005 by vocalist Darkseer Incuta and guitarist Lux Tenebris to act as a vision about Satanic devotion and mockery against Christianity - a vision that, over the years, has grown deeper and more holistic with its misanthrophic outlook about Lucifer/Satan, with light and darkness acting as a guiding force behind the members' passionate interest towards darkness, occult, self-development, and transcendental knowledge.
Aegrus operated the first ten years of its existence deep in the underground, steadily keeping the black flame growing by forging a series of demos and the Luciferian Engravings in 2011. The pact with Satan finally started to manifest when it gave birth to their debut album, Devotion for the Devil, in 2015, released by France's cult Drakkar Productions. A year later, Finnish label Hammer of Hate released their EP Conjuring the Old Echoes as a celebration of the past decade. This eventually led to the deal with another Finnish label, Saturnal Records, and the bond with Devil grew even stronger as their even-stronger second album, Thy Numinous Darkness, came out in October 2017.
During this time, Aegrus have justly earned a reputation for their powerful live shows and have now morphed into a four-man group, as long-time session live members Serpentifer (drums) and Praestigiator (guitars) joined their ranks. And now, in 2019, the band are prepared to unleash their mightiest Satanic strike with the third album, ominously titled In Manus Satanas. A grand culmination of Aegrus' journey so far, through both fathomless darkness and blinding enlightenment, In Manus Satanas represents an unapologetic statement of pure, cold, and raw Finnish black metal - harsh and hysteric as ever, but never forgetting the burning black fire of majestic melodicism. It's Aegrus at their most immediate and mostly immediately engaging, exuding a catchiness that's unforgettable whilst draping that darkness in an atmosphere recognizably their own.
Traditional Finnish black metal is arguably more prolific - and widely known, quite justifiably - than ever. Still, its fires ever need stoking, and Aegrus have stepped to the forefront, austere torches in hand, with In Manus Satanus. 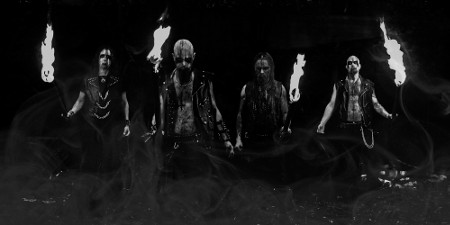