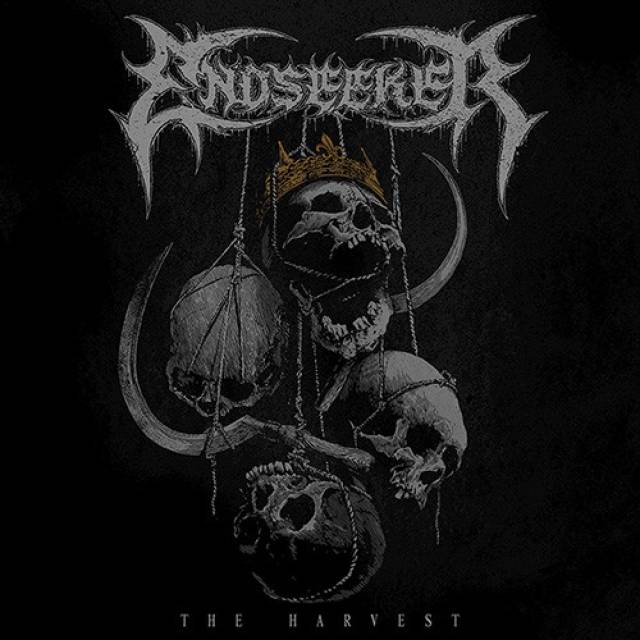 New album "The Harverst" out on September 13th!

Since 2015, the name Endseeker has stood for the finest Swedish styled death metal from Hamburg, Germany. Hard as a fist and uncompromising like binge drinking on St. Pauli - but with a big chunk of heart and soul to it.
For The Harvest, Endseeker worked once again with Eike Freese (Heaven Shall Burn, Deep Purple, Gamma Ray), the same producer behind their 2017 debut album Flesh Hammer Prophecy. The album was laid down at Chameleon Studios, Hamburg, and it was described as "a painless, pleasurable process for all." Everything on The Harvest feels natural, the songs flowing freely without being predictable, and doing the maximum amount of damage as they thunder from the speakers.
The band adds: "The new album provides a lot of diversity and surprises. The vocals are varied and the melodies are catchy, but it's still far away from mainstream. You can hear the influential heritage but we hopefully also added some new and relevant flavor to it."
The album's release in September, which coincides with traditional harvest season, which was a source of inspiration for the record. "It's where nature starts to shut down. Fruits ripen, fields get mowed down, people and animals start to prepare for winter by storing stocks. It's a time of death. Leaves fall off the trees, hibernation is coming closer, the days get shorter and soon everything turns grey. It's almost magical to see how everything seemingly dies just to resurrect in spring to fulfill another whole spin. These are strong images that are closely related to our vision of death metal, nothing is as cruel and fascinating as nature, and the lyrics are based mainly - but not only - on nature topics."
http://endseeker.de
https://www.facebook.com/endseekermusic
https://www.instagram.com/endseeker666
https://twitter.com/endseeker666

More in this category: « NECROSANCT OVERTHROW »