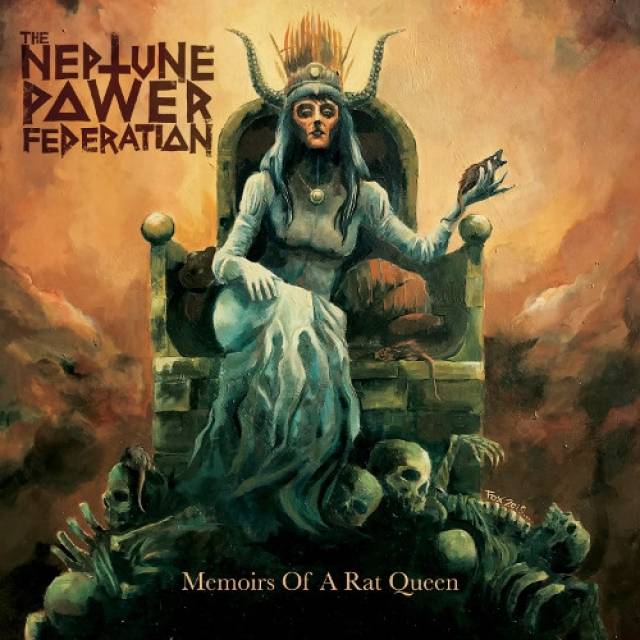 New album "Memoirs Of A Rat Queen" out on September 20th!

Bow to the Imperial Priestess! On “Memoirs of a Rat Queen”, Australian psychedelic rock and roll occultists THE NEPTUNE POWER FEDERATION have arrived to take you on a sonic journey like no other.
She came from outer space, a celestial being with supernatural powers, namely, inhuman vocals and a godly stage presence. She is the only one who can make four leather-clad bike-rockers readily dedicate their lives in subservience, ready to serve her in the name of rock and roll. Tales of her existence have already been shared, but there is a new chronicle, one that will shine a light on her trans-dimensional travels and accomplishments. Its name is “Memoirs of a Rat Queen”. Its subject? The Imperial Priestess. Her band? THE NEPTUNE POWER FEDERATION.
Formed in Australia in 2012, THE NEPTUNE POWER FEDERATION originally started as a studio project with a singer based in the United States. Their trajectory was forever changed when Imperial Priestess Screaming Loz Sutch joined the band in 2015. THE NEPTUNE POWER FEDERATION, who are rounded out by guitarists Inverted CruciFox and Search & DesTroy, bassist Jaytanic Ritual and drummer Mr. Styx, soon honed in on an image and sound that reflected progressive, metal and space rock, all with the goal of recreating music that was played from 1968 to 1978. Combined with an eye-catching stage presentation that finds the Imperial Priestess assuming the role of a time-traveling space witch, and what you have is one of the most distinctive bands to not only come out of Australia, but the world.
“Memoirs of a Rat Queen” is THE NEPTUNE POWER FEDERATION's fourth studio album and first for Cruz Del Sur Music, and was tracked by Jaytanic Ritual at The Pet Food Factory in Marrickville, Sydney. The album is a mélange of various rock genres thrown into one rollicking set of songs that recalls the finer aspects of Queen, Motörhead and T-Rex. The album title is inspired by eight diary entries authored by the Imperial Priestess that detail everything she has lived through, from her role in the French Revolution, being falsely accused of manifesting the Black Plague in medieval Germany, all the way to the time she took a lover in the parking lot outside of a Judas Priest concert in 1986.
Accompanied by a graphic novel created by Inverted CruciFox, “ Memoirs of a Rat Queen” is a rock and roll spectacle for the ages. The Imperial Priestess has arrived - bow to your knees and repent if you please! 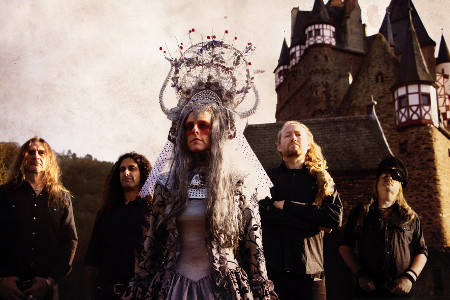 More in this category: « THE BLEEDING VORTEX »