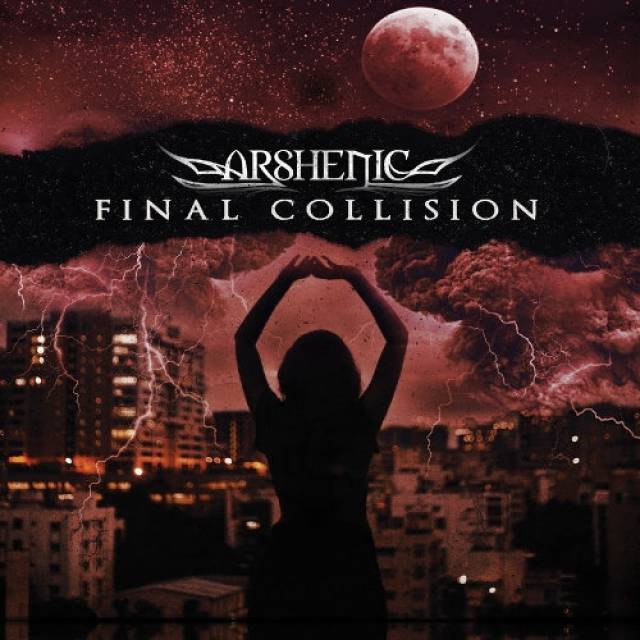 Final Collision is a second LP from the Polish band Arshenic. It was recorded in September 2018 in Osso Studio in the groups hometown of Gdańsk. The album contains 8 new songs and 2 previously released tracks in the form of Monster and Unspoken (both CD only). Stylistically it is inspired by such genres as goth rock, art rock, folk, progressive rock and modern metal.
Throughout the album you will experience different styles and moods. For example, there’s a progressive ballad (Sign), uptempo rock songs (eg. Follow), doomish and progressive (Dear Remorse), both calm and heavy tracks (Madness, Cold) and an apocalyptic, complex tune (Final Collision).
The sound of the album is mainly defined by the various types of female vocals (both singing and screaming), clean and distorted guitars, diverse bass parts and dynamic drum playing with a hint of electronics, cellos and orchestral sounds in the background.
As far as lyrics are concerned, Arshenic cover topics like individualism, self-expression and inner emotional states, and are written mostly in a dark poetic manner. Also there are references to mysticism, magic and the unseen world which makes it even darker and more intriguing. You will also find references to freedom, death and resurrection.
In conclusion, Final Collision is a diverse mix of ideas in a dark style, from a group at the peak of their powers, that every fan of this type of art will be pleased with.