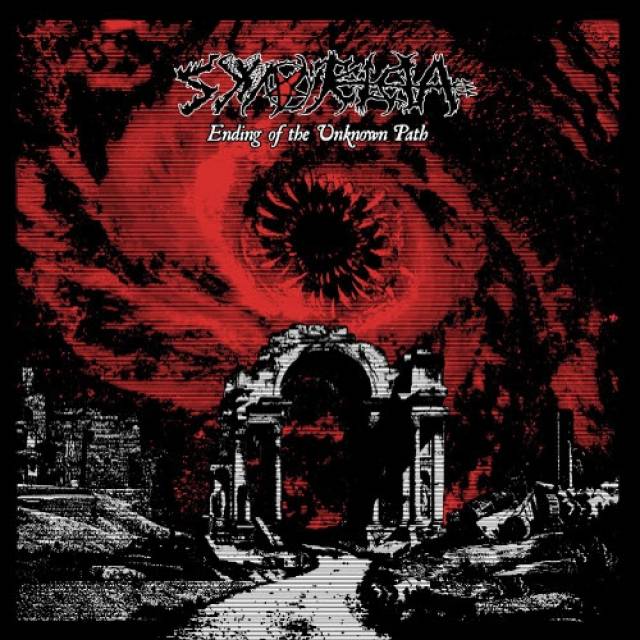 Hells Headbangers announces August 30th as the international release date for Synteleia's striking debut album, Ending of the Unknown Path, on CD and vinyl LP formats.
Although a relatively new band, Synteleia breathe the breath of the ancients and maintain an authentically classic Hellenic black metal style. Naturally, the influence of the Greek "Big Three" (Rotting Christ, Varathron, Necromantia) looms large, but also within the Synteleia sound can one detect traces of early Septic Flesh, Thou Art Lord, and Nightfall. Above all, despite being grounded in the early '90s, Synteleia exhibit a vital fire and freshness of approach which makes Ending of the Unknown Path truly timeless.
Synteleia was founded in 2015 by guitarist Drakon Hesperion and vocalist Nyctelios. Being devoted followers of the Greek black metal scene for more than 20 years, they started composing original stuff, heavily influenced by the pioneers of the scene - Rotting Christ, Varathron, Horrified, Necromantia, Thou Art Lord, and more.
With the addition of Septis (bass/keys) and the assistance of Amdusias and Oort (also members of the Greek death metal band Plague), in June 2016, Synteleia entered the studio to record their first demo, Astral Blasphemies. In January 2017, the band made its debut appearance at the Extreme Assault II Festival at Modu club, Athens. In the summer of 2017, followed by a change in lineup, Cronios joined the band as the lead guitarist, and with the assistance of Nick "Yngve" on drums, the band started rehearsing for the Under the Pagan Moon Fest, taking place at Gagarin club, Athens, on November 4th, 2017, together with Kawir and Horn.
The recordings for the debut album, Ending of the Unknown Path, started in December 2017 and went until late summer 2018. During the recordings, Synteleia appeared at the Horns Up III Festival at Trikala and Black Death Holocaust Night at Remedy club, Athens. The band’s latest live performance has been at the Lords of the Void Festival at Temple club, Athens, on October 26th, 2018, with Varathron and Disharmony.
A statement from the band reads: "Synteleia are proud to announce Hells Headbangers Records to be our rightful partner, regarding the release of our debut album. We feel obligated to stay true to our ideals and beliefs, and cooperating with a genuine underground label that fully understands and supports our old-school Hellenic black metal aesthetics, taste, and philosophy feels the best way to repay all those who have entrusted us with their support and confidence. We are honored to be a member of HHR's unholy legions."
Indeed, old-school Hellenic black metal aesthetics are alive and well with Synteleia as they take you to the Ending of the Unknown Path! 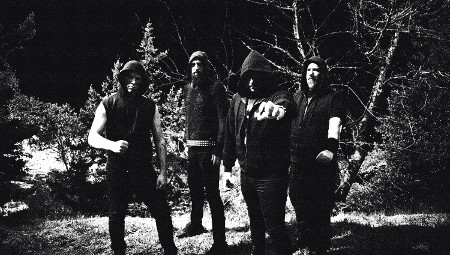