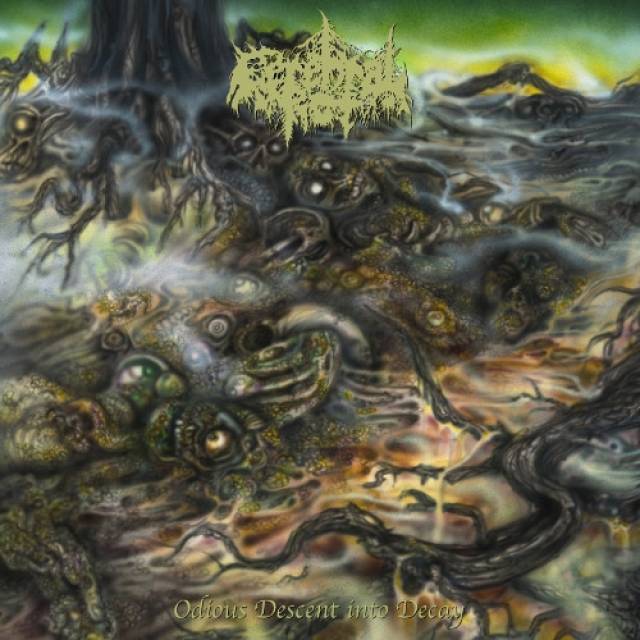 New album "Odious Descent Into Decay" out on August 16th!

Continuing to extract the deadliest beings from the dankest corners of the Northwest, 20 Buck Spin summons from the festering swamp soaked murk the revolting mutation that is CEREBRAL ROT. Like sewage winding its way through tunnels below the street, CEREBRAL ROT’s music reeks with the stench of vulgarity and noxious body fumes.
Embalmed in an analog toxic dump the debut LP ‘Odious Descent Into Decay’ melts the skin with radioactive brutality and gurgling bursts of punishing cruelty. Virulent subterranean Death Metal glistening with pustular fallout and obscure rotten air left too long on the morgue table, the skin peels off and the last gasp of life echoes terrifyingly within.
A rank abomination of disgust ‘Odious Descent Into Decay’ relies not on over technicality but disfiguring physical violence and battering submission in its quest for the true embodiment of sub-underground Death as it morphs from one wet distorted monstrosity to another. Like the miserable mess of decayed forms on the cover, the septic sickness of CEREBRAL ROT has only just begun to spread. 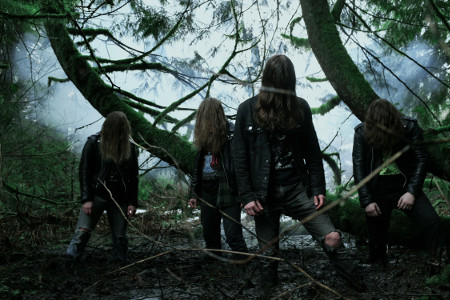 More in this category: « PRIMOGENORUM SYNTELEIA »