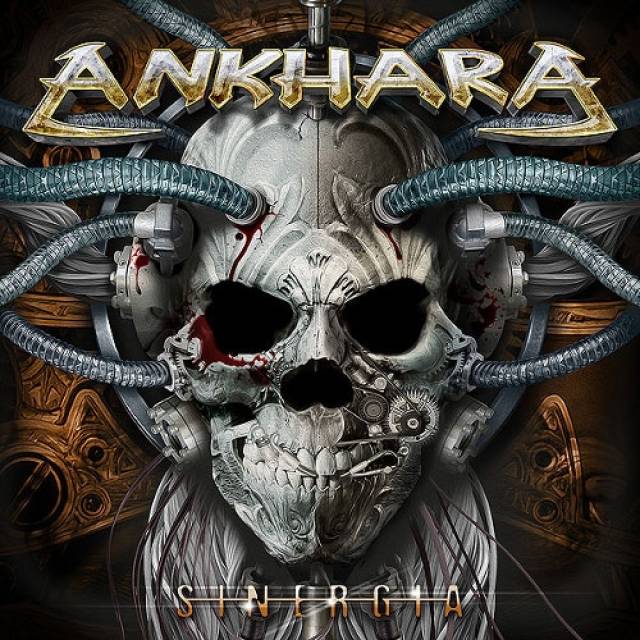 New album "Sinergia" out on the 18th of September!

Fighter Records is proud to announce the signing of ANKHARA, one of the most legendary Spanish Heavy Metal bands from he 90's, for the international release of their acclaimed 4th album "Sinergia", originally released for the spanish market, and which will now be released with 3 bonus on CD and also limited vinyl version on 12 "LP.
ANKHARA returned after fourteen years of recording silence presenting her 4th studio album "Sinergia". In this new album, the guys from Madrid recover the essence of their first two works in favor of an authentic and revamped sound, which tastes to Power and Hard Rock, but above all, Heavy Metal. A raw and straight album that some media have already said is "their most aggressive work to date"; in which the voice of Pacho Brea is reminiscent of "Rob Halford or Ripper Owens"; in which the guitar solos of Cecilio and Alberto are simply "epic" and in which the power of the double bass drum by Matt de Vallejo and the elegance of Sergio's bass, complete "a rounded disc".
"Sinergia" has been recorded by a lineup close to the original, in which Matt de Vallejo (037 Leo, Zero3iete) replaces Jesús Alcalde. Guitars and vocals have been recorded at José Rubio's Meiga Sound Studios (José Andrëa and Uróboros, ex-Warcry); drums at Andy C.'s Cadillac Blood (Lords of Black, ex-Saratoga, ex-Dark Moor) and the bass at Mojo Road. The mixing and mastering have been made at Cube Madrid by Alberto Seara (Sôber, Mägo de Oz) and the cover is the work of Fernando 'Nanderas'.

More in this category: « MOSAIC CULTED »