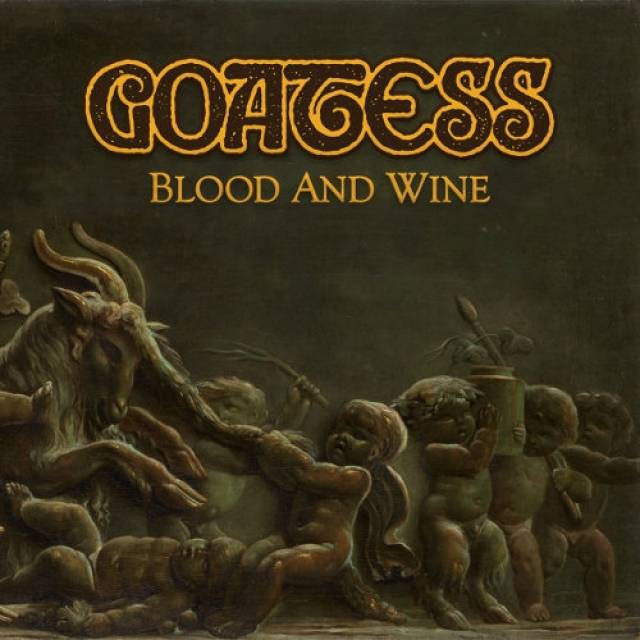 Svart Records announces September 27th as the international release date for Goatess' highly anticipated third album, Blood and Wine, on CD and vinyl LP formats.
Goatess summon the frenzy and religious ecstasy of a Bacchus cult with the aptly titled Blood and Wine. Riffs of biblical, Cecil B. DeMille magnitude part the Red Sea and chariot their way across the dunes like a relentless raging Roman legion. Expert songwriting by modern veterans of the scene,  Sweden’s Goatess take the traditional doom metal foundations of Saint Vitus, Trouble, and early Cathedral out to the desert and mold it into a set of arid, hypnotic stoner grooves. Bringing to mind modern classics of desert rock like the catchier moments of Kyuss’ Sky Valley and Corrosion Of Conformity’s Blind albums, Blood and Wine is a thirst-quenching refreshment in a parched dust bowl. The revitalized lineup of Kenta Karlbom (drums) and Niklas Jones (guitar) with new initiates Karl Buhre (vocals) and Samuel Cornelsen (bass) have struck a mother lode of gold with their rich doom pedigree and a newfound lifeblood in their chemistry.  Having already tread the hallowed boards of sonic temples all over Europe several times, Blood and Wine will see the Goatess cult of doom enthusiasts drawn in anew and the Bacchanalia cult swelling in their hooded numbers.
Nine doses of intoxicating mesmerism that showcase seasoned and masterful command of doom-craft, this album marks Goatess finding a stride in their cloven hooves. Captivating and subtly epic songs steamroll a slow descent into the underworld deserts of your mind, providing a suitable companion to nights of group debauchery or solo excursions to the soul’s outer limits. Giving in to the Bacchanalia at the heart of this record induces a mythical orgy of sonic Sabbathian riff-worship that’s impossible to deny. Once you pop the cork on this barrel-fermented vintage cask, you will enjoy and savor every heavy gulp until the very last drop. 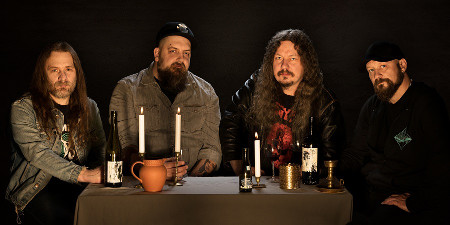 More in this category: « INTO THE UNKNOWN ECLIPSER »