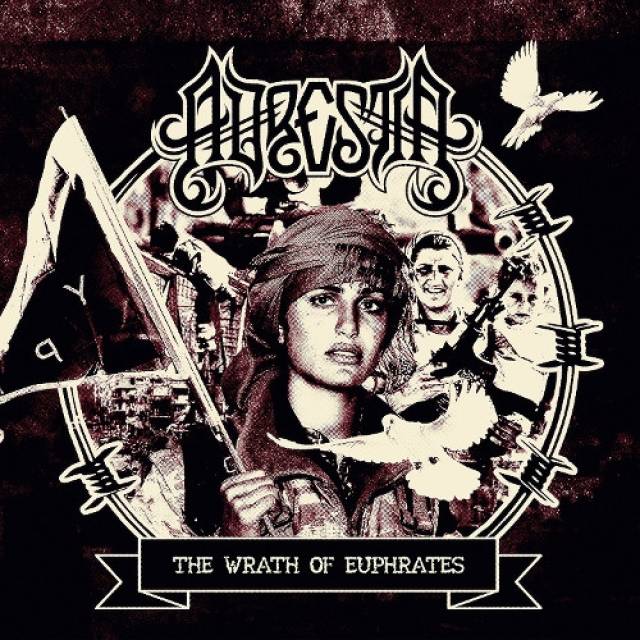 New album "The Wrath Of Euphrates" out on July 26th!

In March 2015 Martin and Jack started to rehearse some songs that Martin wrote for a previous project. After some weeks of rehearsals they decided to form a new band. Soon Niklas was added to the line up as a second guitarist, while Mattias (bass ) joined some months later. The idea was to create music rooted in the Swedish tradition of crust punk, but to add some elements of death metal to make the music more dynamic and less predictable. After a year of writing songs in the rehearsal room, Adrestia went into the studio for the first time. The recording, consisting of 16 tracks, was done by Ulf Blomberg in Hoborec studio in Jonkoping, Sweden. In spring 2016 Jack left the band due to personal reasons. He was first replaced by Samuel, and later by Fredrik. During late 2016 members of Adrestia and swedish crust punk legends Martyrdod founded the support project Punks For Rojava, a project aimed at spreading awareness about the autonomous direct democratic region of Rojava in northern Syria, as well as gaining financial support for the region. As a result of this project, Adrestia’s first release in February 2017 was a split EP with Martyrdod called “In Solidarity With Rojava”. All the money earned from the sales of the 500 copies went directly to different projects and organizations in Rojava. This release, as well as the video for “The Sun Of Rojava” gave Adrestia a reputation as a political band, who would take initiatives beyond the point of writing music and lyrics to make a difference in the world. In May 2017 Adrestia’s first full length album “The Art Of Modern Warfare” came out. The album, featuring 11 tracks of classical swedish d-beat hardcore with a good dose of death metal to it, was well received within the crust punk community. One month later the band set off on their first tour consisting of 15 shows, including the Punx 44 festival in Stockholm, the first crust punk show in Kosovo ever (at least according to the organizers), shows in Sarajevo, Zagreb, Skopje, Ljubljana and 4 van breakdowns whereof 2 in Albania. Together with others people from the swedish punk community Adrestia started to arrange Punk for Rojava shows in Sweden. These shows are usually a bit different from regular punk shows, because the music is mixed with lectures and discussions. All the money from these shows go to different projects in Rojava. In February 2018 Adrestia went to the Baltics to play 4 shows together with estonian crusties Ognemot. After that tour Fredrik announced his departure from the band, which led to the return of original drummer Jack, who was now ready to make music again. In spring 2018 Adrestia went on a mini tour in Germany and Czech republic, where they played Fear Fest festival in Prague. In September they went to Poland for a 3-day mini tour featuring a show at Outside fest in south Poland. In November 2018 the band, now consisting of Martin, Mattias, Jack and Aleksei (who replaced Niklas in October 2018) once again entered Hoborec studio. This time they had a clear vision of what they wanted to accomplish, and due to endless hours of demo recordings at home, collaborations with guest vocalists Tomas Jonsson (Anti Cimex), Brad Boatright (From Ashes Rise) and Nastya Palamar, creative drum arrangements and the use of a kurdish string instrument called Saz, the recording sounded very different from the band’s previous material. The first live show of 2019 took place  at the In‘Feast festival in Vilnius, Lithuania in January, and shortly after that the band went to Gothenburg to participate in the mixing and mastering of “The Wrath Of Euphrates”, the new 13 track full length album. The band hired Henrik Udd, who had previously worked with bands such as At The Gates, Wolfbrigade and Agrimonia, to do the job. As soon as the mastered version was finished, the hunt for record labels started. Adrestia signed a deal with Wormhole Death for CD and digital distribution in spring 2019, and on July 26th “The Wrath Of Euphrates” came out. 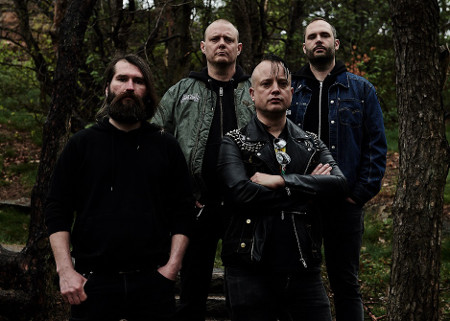 More in this category: « CLITERATI VAGRANT »