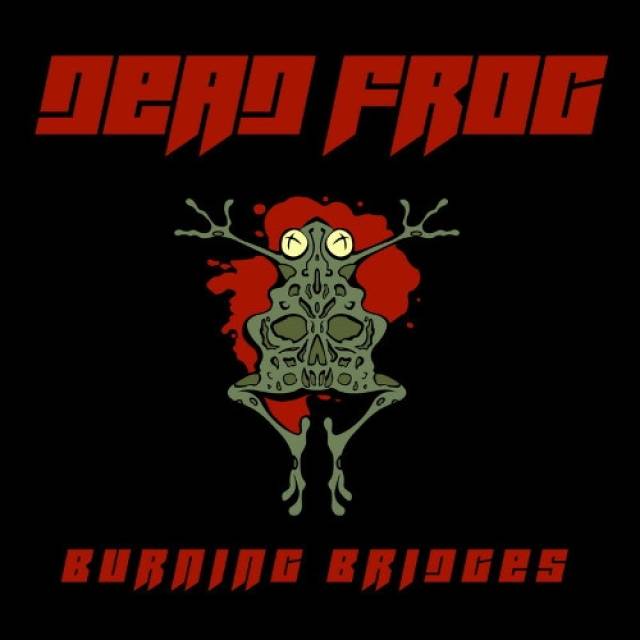 Burning Bridges represents the very best work so far from Serbian group Dead Frog. It’s a 70 minutes highlight reel from a decade of creating and producing music and probably one of the longest debut albums of all time.
A lot of different musical elements are combined in the tracks with pure metal riffs to create a specific experience. The atmosphere of the album switches from explosive, heavy charge to calm to clean, smooth sections without much tension. The style always serves the lyrics and provides a proper basis for each part of the story.
The album takes you on a journey through the band’s most emotional and existential struggles to keep it’s focus on getting recognition for their music. Burning Bridges is obviously the most important step in that process but it also represents the end of one chapter and the beginning of a new one for the band, both musically and existentially. Burning Bridges is the ultimate victory of the dedication, perseverance and faith of a small group of people who believe in their music. Every single tone you hear on the album comes from a pure passion to music and Metal.

More in this category: « YEAR OF THE GOAT POST PULSE »