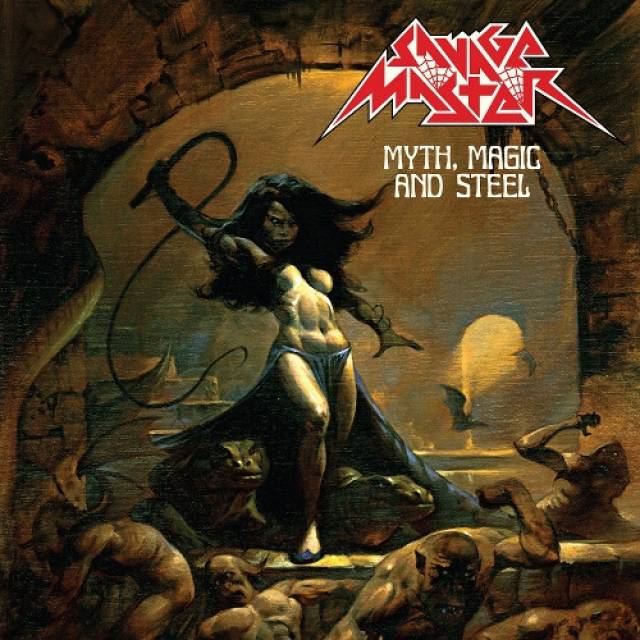 Shadow Kingdom Records sets October 25th as the international release date for Savage Master's massively anticipated third album, Myth, Magic & Steel, on CD, vinyl LP, and cassette tape formats.
One of the most exciting and electrifying bands in today's occult heavy metal scene, for the past six years, Savage Master have swiftly built an impressive canon of work over the course of two cult albums, one EP, one single, and especially their over-the-top live shows. The band was founded in 2013 by guitarist Adam Neal and vocalist Stacey Savage, so inspired by their love of heavy metal and horror. Soon enough, a mysterious spectacle was created, and it bore the name Savage Master. From there, the band began their assured ascent through the underground, touring non-stop across North America and Europe, playing such festivals such as Keep It True, Hell Over Hammaburg, Legions of Metal, Frost and Fire, Ragnarokkr, Hells Heroes and many more, and now landing themselves an album deal with longtime fans Shadow Kingdom.
The first fruit of that union, Myth, Magic & Steel is everything longtime fans of Savage Master have been waiting for - and dazzling ammunition to gain a legion of brand-new fans. Right from the very first seconds of the album's opening title track, Myth, Magic & Steel bristles with a timeless electricity that reminds us all of the eternal glory of heavy metal, as well as the wonders that lurk beyond the shadows. Each song charges forward with energy but also dynamics, drive but also hooks - no sonic overload here - as Savage Master's metal is forged from ancient steel. From track to track, the album's namesake is played out with darkness and drama, with the track-flow itself weaving an overarching spell that makes Myth, Magic & Steel more than just a collection of songs, even more than just a mere album: indeed, it is an experience. Of course, leading the charge are the immediately recognizable vocals of Stacey Savage; here, she's never sounded more commanding, her power and clarity truly putting her in a league all her own. Topping it all off is a gritty-yet-nuanced production that's the epitome of ageless - no trendy or computerized "recording" here!
Speed metallers, occult rockers, thrashers, NWOBHM fanatics, everyone in between and especially beyond - all will become entranced by Savage Master's Myth, Magic & Steel! 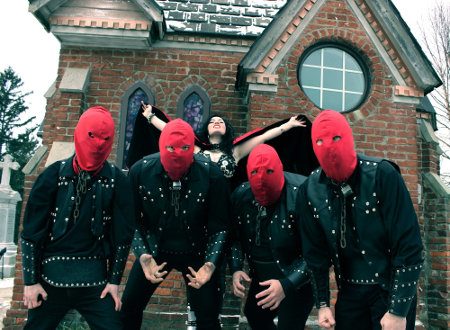