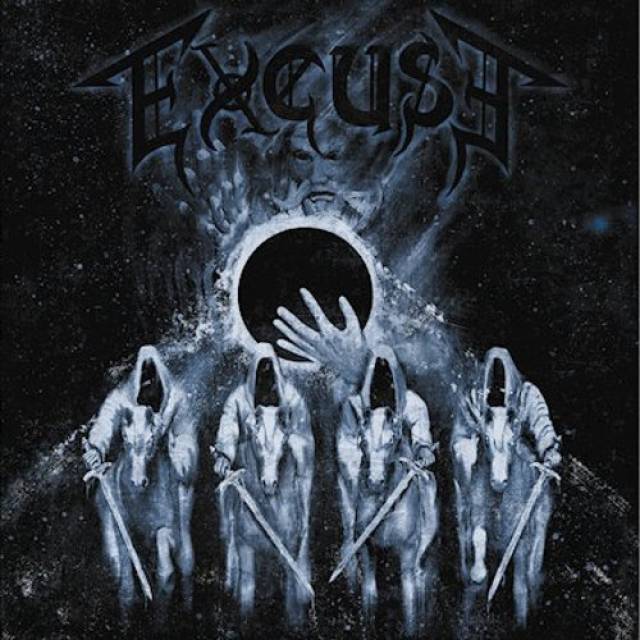 Debut album "Prophets From The Occultic Cosmos" out on August 2nd!

Shadow Kingdom Records is proud to present the highly anticipated debut album of Finland's EXCUSE, Prophets From the Occultic Cosmos, on CD and vinyl LP formats.
One of Finland's hottest newcomers, EXCUSE began to make a name for themselves with their EP Goddess Injustice. Released to critical acclaim in 2016 by SHADOW KINGDOM, Goddess Injustice largely introduced the fierce foursome to the international metal underground - with a nuclear-powered bang! A finely honed missile of speed metal majesty, EXCUSE's sound on that EP in many ways recalled the classic Canadian gods Sacrifice and Razor, but there were hints of greater glories to come. And at last, they've arrived with the presciently titled Prophets From the Occultic Cosmos.
Whereas Goddess Injustice suggested some darkly melodic leanings, EXCUSE's first full-length expands that arsenal considerably. Here, the six songs comprising Prophets From the Occultic Cosmos stretch out to epic lengths - one even hitting double digits, the climactic 10-minute closer "Watchtower of the Trans-Dimensional Pathway" - and take the listener on a wild, winding ride. The evil 'n' sleazy surge on which EXCUSE made their name still exists, but has now been finessed into a wholly more dynamic beast, able to reflect haunting moodiness and spacey horror alike. Suitably, co-guitarist Oskar Lindstrom's vocals have a conspicuous amount of echo placed upon them, suggesting the inter-dimensional struggles of a narrator literally lost in space. Likewise, fellow guitarist Anselmi Ahopalo's leads take center stage here and weave an almost storytelling aspect, much in the way that classic heavy metal songwriting should, evoking both triumph and tragedy but remaining equally hummable throughout. Completing the totality is album's production, which locates the perfect balance between grit and gleam.
So many young bands blow their proverbial wad during the demo/EP days and peter out by the time their debut album comes. Not so for EXCUSE, who have been able to transform their earlier youthful energy into enviably advanced maturity with Prophets From the Occultic Cosmos. Behold these Prophets' coming! 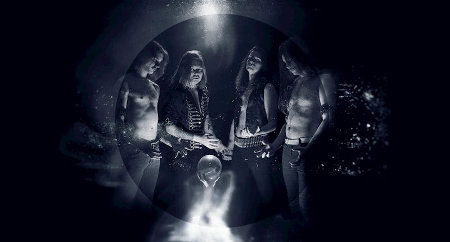